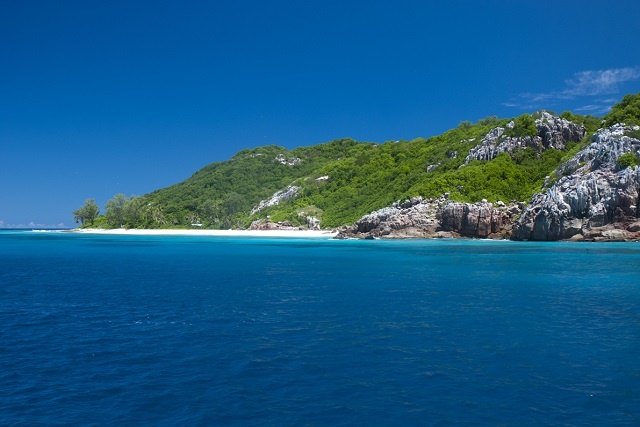 The project is the first step of control and management of the island nation’s Exclusive Economic Zone. (Gerard Larose, Seychelles Tourism Board)

Seychelles has started the planning phase of a project that will propose new areas for marine protection and sustainable use of the island nation’s waters.

Entitled the ‘Marine Spatial Planning Initiative’ (MSP), the project is the first comprehensive marine plan in the western Indian Ocean and is being facilitated by The Nature Conservancy in partnership with the coordination unit of the government, the United Nations Development Programme and the Global Environment Facility (GOS-UNDP-GEF).

Seychellois marine biologist Jude Bijoux told SNA that the project is the first step of control and management of the island nation’s Exclusive Economic Zone.

“For too long we have focused on protecting our terrestrial areas and we have left many areas of our ocean open to over-exploitation,” said Bijoux, adding that today less than 1 percent of Seychelles' EEZ is being protected.

Bijoux told SNA that the MSP initiative "will further reduce conflict between those marine-related industries as each will know their limits; where to go to extract their marine resources.”

SNA spoke to a local fisherman, Marc Sedgewick, who said that “While this may perhaps limit our fishing activities in certain areas, it will benefit us in the long run as it will stop fishing in areas where resources are depleting. It will guide us in areas where we can easily get our catch.”

Helena Sims, who is the project manager of Nature Conservancy, told SNA the project will help the government's goal of protecting marine biodiversity areas.

“In 2010, the government set a goal for protected area expansion -- 50 percent of all terrestrial areas and 30 percent of the Exclusive Economic Zone," Sims said.

Seychelles is a globally-recognised biodiversity hotspot with thousands of species.

The project is separated into three zones, Sims said.

“The first zone is a highly protected biodiversity area and it covers 15 percent of the EEZ. The second zone also covers 15 percent of our EEZ, but economic activities will also be identified once the demarcation is completed. The remaining 70 percent is a free marine zone,” Sims said.

In the second phase of the project, additional areas in the Seychelles deep waters will be proposed as well as new areas for marine protection in shallow waters. Once completed, the MPS will be the second largest in the world.

The scaling project is part of the debt buy-back initiative which was successfully concluded last year thanks to a concessionary loan from The Nature Conservancy and generous grants from a group of international marine conservation foundations.

As part of the agreement the Seychelles government had to complete a legislated marine spatial plan for the country’s Exclusive Economic Zone of 1.4 million square kilometres.

Charles Savy, who is a representative from the Marine Education and Conservation Seychelles, said specific planning of our ocean is vital.

“We need to understand where to draw the line in our marine activities. This plan is providing us with the opportunity to ensure security for local livelihoods and planning for future generations,” Savy said.

The first phase of the Marine Spatial plan for is expected to be developed before the end of this year and the plan completed by 2020.