A look back at Seychelles' 6 most recent carnivals 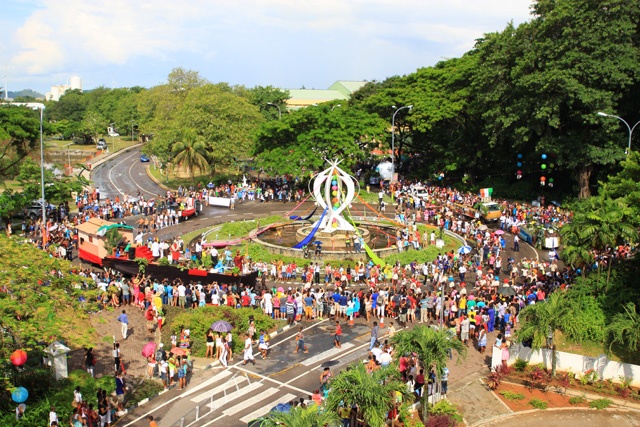 (Seychelles News Agency) - After six editions of the Carnival International de Victoria, this year the event -- a regular feature on Seychelles' calendar of activities -- will be part of the Creole festival, an annual event which takes place in October.

The Carnival International de Victoria started 40 years after the first one in 1972, which celebrated the launch of the island nation’s tourism industry. Dubbed ‘the melting pot of cultures,’ it was held between February and April every year for three consecutive days. The event was one that allowed participants and onlookers to not only showcase cultures but to learn from each other’s cultural diversity.

SNA looks at the carnivals held in Seychelles since 2011.

1. After 40 years, Seychelles joined the carnival world with one of its very own, the 2011 Seychelles “Carnaval International de Victoria,” from March 4-6. With encouraging international participation, the carnival took place over three days with a spectacle of festivities, international food stalls, performances of live music from all over the world, and a spectacular procession of close to 60 carnival floats.

2. In 2012 the Carnival International de Victoria was held from March 2-4 and was hosted by Seychelles and La Reunion – a French department in the Indian Ocean. The event was aimed at promoting sustainable tourism. Among the parade was a battery-operated eco-friendly Jeep to generate support for the Seychelles Tourism Board’s approach to sustainable tourism. Angelique Gerber, a South African actress, and Marie Payet, Miss Reunion 2011, were the masters of ceremony during the opening ceremony at Stad Popiler.

4. The 2014 edition of the Carnaval International De Victoria from April 25-27 was co-hosted by Seychelles, La Reunion, Madagascar, Mayotte and South Africa KwaZulu Natal. Seychelles had 24 floats and proudly paraded alongside the carnival giants such as Notting Hill Carnival of the UK, the Brazil Carnival, the Carnival from Trinidad and Tobago, the Carnival from Indonesia and Italy. Visitors mingled with Seychellois and packed the sides of the streets of the capital Victoria to watch some 50 floats among which 26 from various countries worldwide as they parade in their extravagant and colourful costumes.

5. In the 2015 carnival the Ghanaian king of the Ashanti people or Asantehene, Otumfuo Osei Tutu II was the guest of honour. Some 60 floats paraded the streets of Victoria during the weekend of 24 April for the fifth edition of the carnival. Twenty international delegations hailing all the way from Brazil, Cambodia, China, Indonesia, Germany, the United Kingdom, South Africa, Zambia, Spain, Italy, Swaziland, Kenya, Sweden, Russia, Bahamas, Morocco, Cote d'Ivoire, Mauritius and Reunion Island joined local participants to create a spectacle of creative displays and spangled costumes.

6. The sixth edition kicked off on April 22 with a spectacle of cultural manifestation which included Samba dancers from Brazil, South Korean dancers, Seychellois artists, groups from Mauritius, Cuba, Sweden and others. Everyone joined together to give a taste of their carnival performance. The main activity took place on Saturday April 23 with the parade of around 45 floats and ended on Sunday with the kiddies carnival.