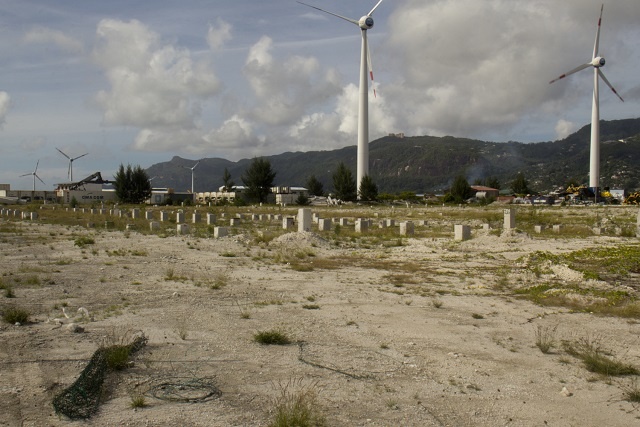 The sale of shares will start as soon as all the CCCS facilities and logistics are in place. (Salifa Magnan, Seychelles News Agency)

(Seychelles News Agency) - Residents and companies in Seychelles will have the chance to acquire shares in the soon-to-be-opened Central Common Cold Store (CCCS) located on Ile du Port, a man-made island next to Port Victoria.

The sale of shares will start as soon as all the CCCS facilities and logistics are in place.

CCCS is a project that will provide 12,600 tons of cold rental storage to clients wanting to freeze their fish at either minus 20 or minus 40 degrees Celsius. The facility at zone 14 will also provide the sorting, grading and sizing of catches.

Seychellois can obtain up to 10 of the 12,000 shares available. Each share costs $1,000. Combined, local individuals and companies will hold a 51 percent share in the company. Foreign companies such as Indian Ocean Tuna (IOT) that has an existing operational link with the Seychelles tuna industry have been offered up to 25 percent of the shares.

The founder of the facility, JACCAR Holdings, has a 20 percent share of CCCS. JACCAR Holdings, based in Luxembourg, is a private investment company mainly focusing on businesses in the maritime sector.

The chairman of CCCS, Peter Sinon, said that Port Victoria currently receives over 90 percent of all tuna fished in the Indian Ocean. These resources are then transshipped to other locations to be transformed into value added products.

“The government of Seychelles has long had the ambition to facilitate expansion and diversification for further local transformation of the resource into higher value-added tuna products. Thus the need for the complementary infrastructures of the new quay and the cold store to serve the emerging factories and offer the fishing companies more options,” said Sinon.

He also added that instead of having to offload their catch and immediately sell them, the catch can now be sorted, graded, sized and appropriately stored to take advantage of price volatility. These are services that may entice more vessels to frequent Port Victoria.

CCCS will store mainly tuna but by-catches will also be stored should there be a demand for it.

Commenting on the availability of tuna to sustain the operation of the cold store now that there is a decrease in the population of tuna, Sinon said that Seychelles lands over 250,000 tons of tuna, significantly higher than the 12,600 tons capacity of the facility.

“I am very much convinced that the proposed cold store will be relevant for a long time in the future,” said Sinon.

The location is also strategical as Zone 14 of Ile du Port has been designated as the area where the transformation of tuna into more highly valued products would take place within the boundary of an ever expanding Port Victoria.

The project, which will cost $35 million, was conceptualized in 2015 after the agreement to build a new 425-meter quay on Ile du Port. Construction on the cold store will start once shares have been issued and capitals from local banks have been secured.

“We envisage this to take a couple of weeks before we will be in a position to start necessary processes that would lead to the effective construction,” said Sinon.