A look at 6 contested historical events of Seychelles 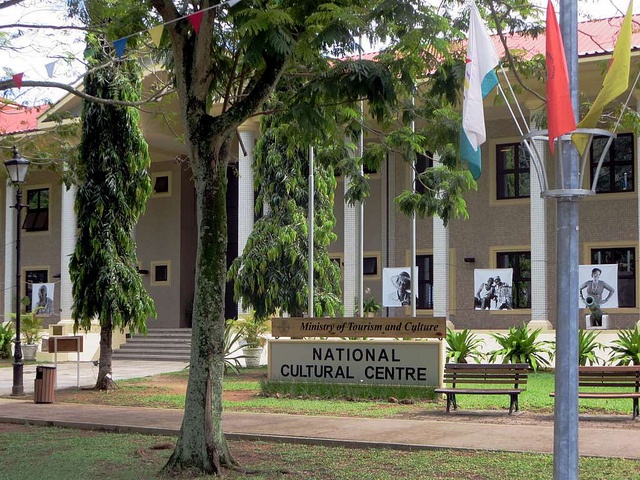 (Seychelles News Agency) - The Seychelles National Museum commemorated the international museum day last month under the theme, “Museums contested histories and: saying the unspeakable in the museum.” Among activities organised was a series of talks where contested issues were discussed.

SNA presents some of the events in the history of the islands which are contested.

1. La Buse Treasure: are our islands concealing a hoard of over $200 million?

‘Find my treasure, who can!’ These were the taunting words of Olivier le Vasseur, the notorious pirate known as La Buse (the buzzard) before he was hanged in July 1730. The Buzzard was referring to his hoard -- a yet to be discovered treasure reportedly hidden in the Seychelles islands. The mysteries around the treasure valued at $250 million are still talked about today.

Many believe that the Seychelles’ archipelago was his lair and somewhere in the north of Mahe, the main island, known today as Bel Ombre, he concealed his hoard including a seven-foot high Cross of Goa made of solid gold and encrusted with precious stones. The Cruise-Wilkins family started their quest to find La Buse treasure but has so far been unsuccessful.

Born in 1877 at Anse Royale in the South of Mahe, where she lived until her passing in 1907, Cafrine was a leper who lived and endured her sufferings with great faith. She was a stoic and devout Catholic and upon her death a Belgian priest Father Vital discovered a manuscript Cafrine wrote of her life and suffering. It is said that after her death, Cafrine who was disfigured by the disease was transformed with no visible scars or wounds.

After the beheading of French King Louis XVI and Queen Marie-Antoinette during the Revolution in 1793, the tragedy of the family continued after their deaths. While it is known what happened to three of the couple's four children, there were speculations around a fourth child -- a son. Some say the Dauphin, renamed Louis XVII, died aged 10, riddled with diseases. Others say connections to the royal family saved the boy who ended up in Seychelles on the island of Felicite. Was the mysterious Pierre-Louis Poiret who was buried at the Bel Air Cemetery, the son of the French couple?

4. Giant of Seychelles: was he poisoned by his family?

Named Charles Dorothée Savy -- he was more than 2.7 metres tall and died in the 1870s. At 14 he was little more than a boy but so strong that he could pick up a pirogue from the beach and carry it into the water. He could lift a sack of rice with a little finger. As he kept growing -- people became frightened and feared he would terrorise the island.

"He was poisoned, but nobody knows by whom" [Thomas 1968:31]. To date, people still speculate on who was behind the poisoning of the giant. Savy is buried in the Bel Air Cemetry, a national monument and even today visitors are fascinated by the length of his tomb.

5. The Death of Father Theophile: was it accidental or murder?

Father Theophile -- a Swiss national arrived in Seychelles September 10 in 1923 as a newly ordained priest. He started his pastoral work in the Diocese of Victoria with a population around 26,000. His compatriot Justin Gumy was in charge of the diocese. During the Easter holidays in April 1925, Father Theophile left the Cascade parish where he was spending a few days and hiked across the hill Grand Bois for La Misere where he was expected to celebrate mass. He never reached his destination. A few days later, his body was discovered by a search party in a precipice about 10 feet deep and surrounded by a mass of stones.

Inhabitants suspected foul-play, and many were convinced that sorcerers whom they believed lived in the vicinity,  were behind the disappearance of Father Theophile. Since he arrived in the colony, his bold exhortations against witchcraft, superstitions and sorcery had incurred the animosity of those who supposedly practised the black art. Did Father Theophile accidentally fell off the overhanging face of a cliff or was there foul play?

6. Castor the slave: was he a hero or a traitor?

When the first settlers arrived on the islands in 1770, there were among them 15 slaves. By 1818 there were 6,638 slaves in Seychelles, mostly from Eastern African country -- Mozambique. Castor, a black man from the Macondé tribe, could be seen by some as a hero as he was the leader of the Maroons on Mahe. Along with other slaves, he escaped from his master and lived in a dense forest, with huge boulders, known as Cap Roches, at upper Anse Aux Pins in the east of Mahe for three to four years. For unknown reasons Castor surrendered to his master a Charles Dantin and later became a commander in the Seychelles Police. He was employed to help capture the black maroons. Was he a hero or a traitor?