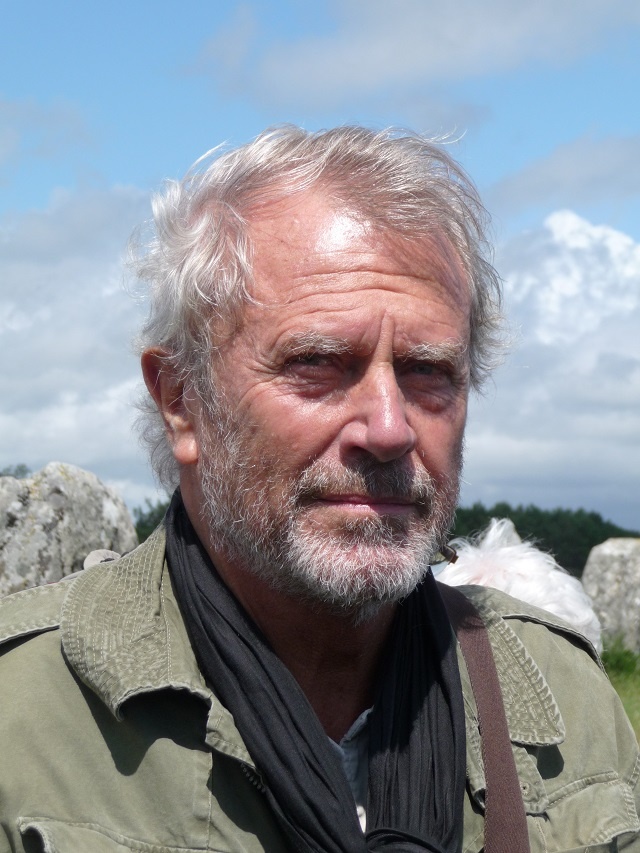 Claude Pavard has visited all islands of the Seychelles archipelago, in the more than 100 times he came here. (Claude Pavard)

(Seychelles News Agency) - Claude Pavard, a French national born in Algeria, is the author who has published the most books about the Seychelles archipelago. His latest book -- "Seychelles: A Love Affair" -- was launched earlier this year.

The three other publications inspired by the islands from Claude Pavard are -- Seychelles: A Bird’s Eye View, Seychelles From One Island to Another, and The Seychelles Archipelago.

Pavard who became Seychellois 20 years ago, started his career with the European Union in Brussels, Belgium before moving into journalism, television production and photography with a special focus on the African continent and the Indian Ocean islands.

SNA caught up with him on his latest trip to his adopted home to talk about his work, his interests and his future plans.

SNA: Tell us how the love affair with the Seychelles started?

CP: I spent all my life travelling, and I have more or less visited the whole of Africa -- from Algiers to Cape Town. During my travels, I was working on different programmes and documentaries. And something which I realised during my travels was the tension, animosity which existed between the different groups, be it political or religious.

Then I arrived in Mauritius and it was from there that I learned about Seychelles. On the 1st January 1978, I arrived in these beautiful islands. I got a culture shock as the way of life of the Seychellois was completely different from that of the people from Mauritius and that I had not anticipated. I had read about how the Seychellois society of white, black, Catholics and non-Christian were living together in perfect harmony with no hostility whatsoever. And for me that was amazing! And of course, the landscape and the environment was a splendour!

SNA: In your books, you spoke a lot about Aldabra. Tell us about the first time you went on the atoll?

CP: The first time that I travelled there, we were shipwrecked and I lost more than 75 percent of my materials in a strange incident. I had rented a boat and the skipper was a white man from Zimbabwe. We departed from Mahe and for the next month or so we toured different islands. I was filming for a documentary and nearing the atoll the skipper miscalculated the distance to the reef and we crashed. Once on the atoll, I was in awe, the beauty of Aldabra was out of this world and became a lifelong inspiration to write about these beautiful islands.

SNA: You also made a movie of the atoll?

CP: We spent nearly two months on Aldabra capturing on film for the first time the uniqueness of the islands, a real sanctuary which at that time was being managed by a British organization. The film about Aldabra was called the Island of the Giant Tortoises and was aired on many channels in France, UK, Mexico, Canada, Switzerland, Belgium and the United States of America. And I think the film played a key role in the designation of Aldabra as a UNESCO World Heritage Site.

SNA: So a lot of your time here is spent island hopping?

CP: Yes I can confidently say that. I have visited all islands of the Seychelles archipelago, in the more than 100 times I came here.  Another interesting story of my island hopping days is about an accident I had while touring the islands. The sea was very rough with huge waves, I was thrown up and I fell down hard on my back. I said to myself: this is it I am a broken man. It felt as if my body has broken in two. I could not feel my legs.

I was quickly assisted by others on the ship and as we were not far from D’Arros we managed to seek help there. I was transported on the owner’s plane to Mahe and hospitalised. After nearly a week being like a stick, I could move again, not long after that, I was back to island hopping. I felt so good here and I decided to stay.

SNA: What do you think is special with the Seychelles?

SNA: Tell us about the latest book, Seychelles a Love Story?

CP: The love story is a very emotional story -- it is my story. I have captured all in the book and some scenes cannot be seen in this modern Seychelles. I have told the story of the islands and its beautiful people, beautiful sceneries through photographs.

It took two years of full time job involving a lot of research, and during my work I discovered a lot of interesting documents. For example there is the letter from Darwin dated in 1874. He never set foot in Seychelles but was well versed on the islands. He sent the letter to the Queen of England via the Governor of Mauritius alerting them to the risk of extinction of the giant land tortoise.

I have published this letter which laid the foundation for modern day ecological conservation. It was the first time that a group of scientists demanded a government for a policy for conservation of a species under threat.

There are also copies of letters between the Americans and British on the issue of building an American military base on Aldabra, but thank God there was an outcry from the environmentalists and soon after the British Royal Society took over the administration of the atoll.

SNA: You come to your island home several times a year. How do you spend your time now?

CP: I still travel the islands, there is always something to capture or film, and I still look for inspirations, my publications on Seychelles: A bird’s Eye View, Seychelles from One Island to Another, and The Seychelles Archipelago are all sold out. These were translated in French, German, Italian, Russian and now I am thinking of translating some of my work in Chinese. So there are still a lot of projects.

SNA: What is your next big project?

CP: I have two new projects, one very complicated. While snorkeling close to Astove, I came upon an anchor buried in the corals, and from markings on it I found that it is Portuguese, I believe that this anchor came from a ship from the fleet of Vasco da Gama, who in 1503 travelled through Seychelles on his way to Portugal.

So my plan now is to remove the anchor with extra care and put it in a first marine museum which is expected to be opened here. This is as valuable as treasures and you can imagine how rich its history is. The second project is another work on Aldabra.

SNA: Tell us, do you prefer cinematography or writing books?

CP: I do not have a preference. I love producing films and I love conceptualizing, creating designing and writing my books. My books are 100 percent my work, my creations.

SNA: What is a day in Seychelles for you?

CP: A typical day has to involve photography. I’m always looking at things to take pictures. I do like fishing but I prefer to photograph the activity, a day on my favourite beach which is Anse Lazio, on Praslin or enjoying a meal made from my favourite fish which is the Ellis Ruby Snapper (etelis in Creole).