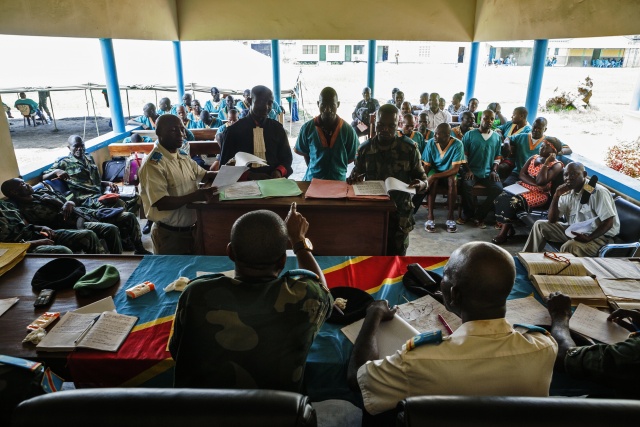 (AFP) - The UN force commander in the Central African Republic is calling for hundreds of peacekeepers from Congo Republic to be sent home for sexual abuse, fuel trafficking and poor discipline, according to a confidential memo released Tuesday.

Lieutenant-General Balla Keita said Congo should "commit itself to improving without delay the standard of its unit" or else a "decision should be made to repatriate and replace the Congolese battalion," according to the memo dated May 12.

The document was released by the Code Blue Campaign of non-governmental organizations, which seeks to expose cases of sexual abuse and exploitation in UN peacekeeping.

UN peacekeeping spokeswoman Ismini Palla confirmed that an assessment of the Congolese contingent of the MINUSCA force in the Central African Republic had been carried out.

"Results of this evaluation have been shared with the member-state and we are following up on options," she said.

"UN Peacekeeping is committed to the highest standards of performance and conduct," she added. "We will spare no action in order to meet this goal."

Last year, 120 of the 750 Congolese troops were repatriated following allegations of sexual abuse and exploitation (SEA), involving at least 7 victims, six of whom were children, the report said.

"The battalion is notorious for SEA misconducts, fuel trafficking and poor discipline," Keita wrote in the memo, adding that he had sent "six blame letters" to the battalion commander already this year.

The peacekeepers from Congo are deployed in Berberati, the country's third-largest city.

"The situation has deteriorated to the point that the battalion is no longer trustable because of poor leadership, lack of discipline, and operational deficiencies," Keita wrote.

The United Nations has 10,000 troops and 2,000 people serving in its MINUSCA force in Central African Republic, which descended into bloody sectarian fighting after the 2013 overthrow of leader Francois Bozize.