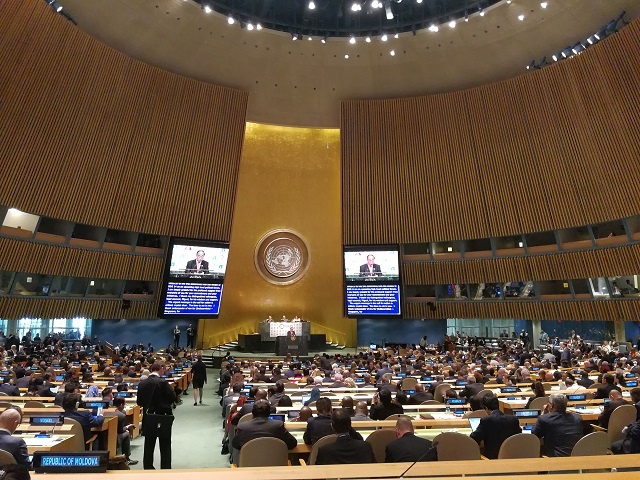 Seychelles, under the leadership of former president James Michel, was recognised as an “Ocean’s 8 Champion” for developing an innovative debt swap scheme. (Seychelles News Agency)

(Seychelles News Agency) - Seychelles was among eight countries honoured on Tuesday for its contribution to global ocean science by the Intergovernmental Oceanographic Commission of UNESCO (IOC) at the UN Ocean Conference in New York, a communiqué from the James Michel Foundation said.

Seychelles, under the leadership of former president James Michel, was recognised as an “Ocean’s 8 Champion” for developing an innovative debt swap scheme that has enabled the island nation to finance local ocean science and climate resilience programmes.

In a video message which was presented at the ceremony, Michel said, “It is a great honour for Seychelles to be recognised by the Intergovernmental Oceanographic Commission of UNESCO for our work for this gives us an international platform to show the world an innovative model for financing ocean science and conservation work.”

Seychelles reached a major debt buyback agreement worth $30 million with the Paris Club group of creditors and South Africa in February 2015. The debt swap mechanism is an innovative method of debt forgiveness in which a portion of a developing country's foreign debt is forgiven in exchange for a commitment for investments in domestic environmental conservation and sustainability projects.

The former president said he hopes this high-level recognition will help to highlight the benefits of applying innovative financing solutions to support ocean science activities around the world.

The certificate of honour was presented by the director general of UNESCO, Irina Bokova, to Vincent Meriton, the Vice-President of Seychelles, a group of 115 islands in the western Indian Ocean.

Upon receiving the certificate, Meriton said, “President Michel has championed the Blue Economy ever since its inception and I think it is only fitting that he and the Republic of Seychelles, should also partake in this celebration.”

Meriton added: "I should also mention that without the support of our international partners; The Nature Conservancy, the Global Island Partnership (GLISPA) and the Commonwealth, we would not have reached where we are.”

The “Ocean’s 8” ceremony also honoured two organisations and five other countries as champions of ocean science -- Norway for developing professional capacity, Argentina for Supporting sustained national investment, Portugal for supporting national cooperation and the U.S for supporting investment in ocean science infrastructure for the benefit of the global community.