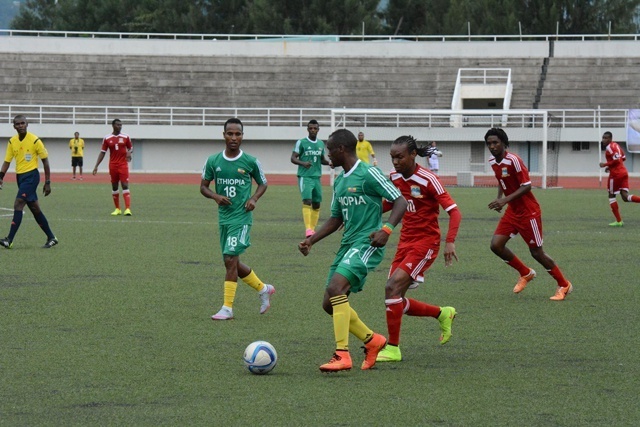 (Seychelles News Agency) - The Seychelles men’s national football team will start its qualifying campaign in the Africa Cup of Nations (AFCON2019) on Friday evening against Libya away from home.

Seychelles has been drawn in one of the toughest group of the competition – Group E -- and after Libya, they will face two of the best teams in African football, Nigeria and South Africa.

Tasked with leading his team against a tough opponent on foreign soil, new coach Rodney Choisy told SNA that the players are very motivated and ready for the match.

The Seychelles’ coach said that although they have not had much time to prepare fully, “we have trained to contain the Libyans attacks and aim to score from counter attacks.”

Rodney Choisy was confirmed as the men’s national team coach last month by the Seychelles Football Federation to take over from interim head coach Joel Decommarmond, who had led the side in the two previous games against Mauritius.

With some new players in its line-up, the Seychelles team is going to aim for a positive result when they face Libya in their capital Tripoli on Friday.

Libya is classed 92nd on the FIFA world ranking while Seychelles, an archipelago in the western Indian Ocean is ranked 194th. Like Seychelles, the Libyan side has never reached the finals of the World Cup but finished as runners-up in the Africa Cup of Nations in 1982.

The group stage of Africa Cup of Nations (AFCON2019) started June 5, and only the top teams and the three best runners-up from the 12 groups will join host Cameroon in the finals.