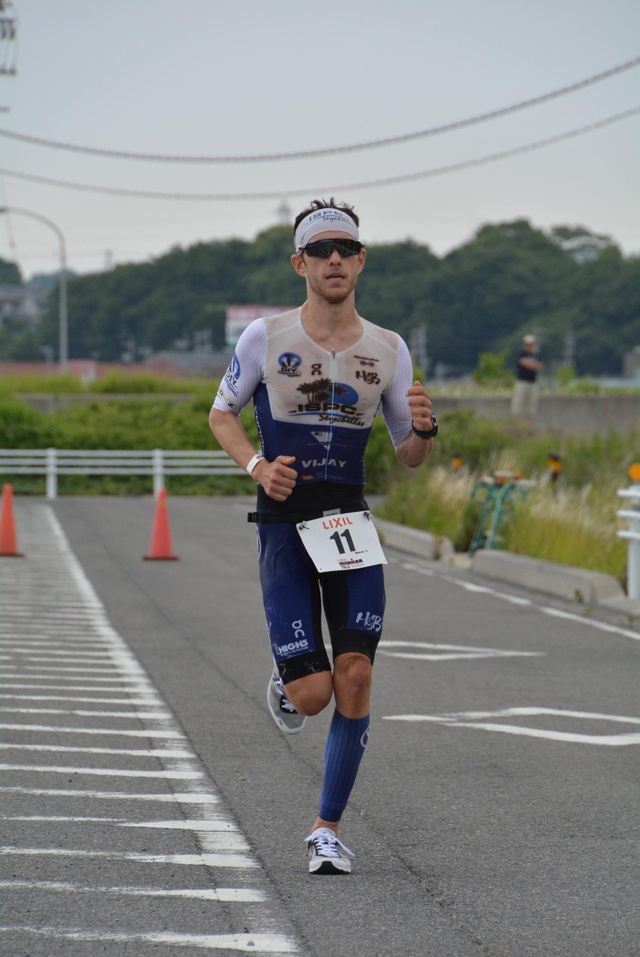 Baldwin was among over 1,500 triathletes who competed in the June 11 race, which was dominated by two Australians. (Nick Baldwin)

(Seychelles News Agency) - Seychellois Nick Baldwin took another strong step forward in his quest to qualify for the 2017 Ironman World Championship by capturing third in a 70-mile triathlon in Japan.

Baldwin was among over 1,500 triathletes who competed in the June 11 race, which was dominated by two Australians.

Baldwin, 28, said he had a good race and was very satisfied with his result. It was his fifth international podium finish as a professional.

“Going into the race my focus was on my own performance rather than achieving a certain result. I knew that if I could perform close to my potential then finishing on the podium could be a possibility,” he told SNA.

Baldwin completed his 1.2-mile swim, 56-mile bike ride and 13.1-mile run in 4 hours, 4 minutes and 27 seconds. He exited the water in 4th place following intense training to improve his swim time since the beginning of the year, moving on to achieve the race’s third fastest bike split, although he said he was a bit more conservative on the bike as part of his strategy to improve his run.

“The reason for being more conservative was to run faster, as I've been disappointed with my run performances recently. Thankfully my tactics worked out well and I was able to have the 2nd-fastest run, posting a new personal best run split of 1:16:56 for the half marathon, which for me was the highlight of the day.”

The recent third-place finish in Japan has provided a great boost to what Baldwin has described as the difficult task of trying to qualify for the 2017 Ironman World Championship. A minor tear in the hip had prevented him from finishing last month’s Ironman Australia, which was a huge goal this season and would have also aided his qualification.

The Seychellois triathlete will however need to be ranked among the top 50 professionals by the end of August in order to guarantee a slot in the October race.

“I'm currently ranked 62nd. There's still a lot of racing to come over the next two months so things can change very quickly, either for better or worse,” Baldwin said to SNA.

His next challenge is the Ironman European Championships in Frankfurt on July 9, which on top of offering extra qualification points will place him alongside some of the best athletes in the field.

“The competition is very tough, so if I'm able to get a top-10 finish it would be by far the best performance of my career. I'll likely compete at another Ironman event in August to gain additional qualification points, although I have not yet confirmed which race that might be. I'm confident that I can produce my best performances at these next two events, which I hope will be enough to secure my qualification slot.”

Baldwin started out as a triathlete in 2007, racing as an amateur for six years before turning professional in 2013.