An island delicacy comes into season in Seychelles: bird eggs 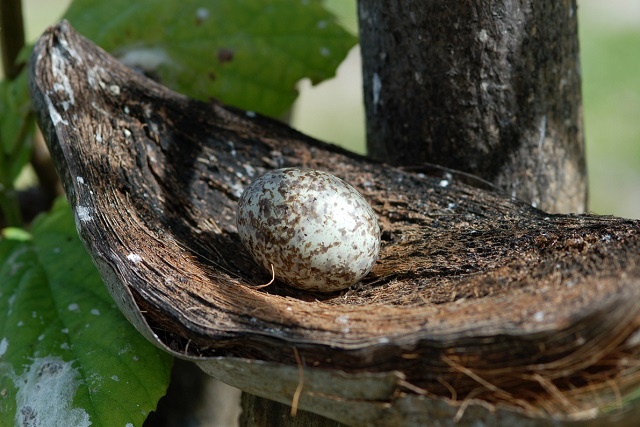 Each year Bird Island receives thousands of birds which come to the island to lay their eggs. (Gerard Larose, Sechelles Tourism Board)

(Seychelles News Agency) - The end of June is the time of year when locals and visitors hunt for an island delicacy in Seychelles: the sooty tern egg.

This year, the Bird Island Lodge is the only supplier of the much-awaited eggs.

“Like it is the case each year, we have mobilised our staff that are collecting and packing the eggs. These are then sent to Mahe, Praslin and La Digue," said Michel Rosette, a spokesman for Bird Island Lodge.

“The consignments are transported by planes but when we have more than 500 cartons, these are ferried by ship, he said, adding that the workers on the island are paid extra for this activity.

Commonly known as ‘dizef zwazo’ in the native Creole language, the speckled egg is a delicacy that can be hard-boiled and eaten with a pinch of salt, cooked as an omelette or prepared as a salad.  The harvesting of the seasonal bird eggs in Seychelles, a group of 115 islands in the western Indian Ocean, started two weeks ago.

Each year Bird Island -- the northernmost island of Seychelles located 100 km from Mahe, the main island -- receives thousands of birds which come to the island to lay their eggs. The collection is done according to conservation guidelines set by the Ministry of Environment, Energy and Climate Change.

“The ministry sends its staff to Bird Island during harvesting season of the bird’s egg. The officer monitors the harvest, ensures that the Bird Island management respects the reserve section of the island, and also collect data on the number of eggs being collected each year,” said Marie-May Muzungaile, Director General for Biodiversity Conservation and Management Division.

Muzungaile told SNA that the conservation officers also monitor and collect data on the bird colonies coming to the island as part of the ministry’s effort to ensure the long-term sustainability of the bird harvesting process.

Bird Island sells the eggs at a wholesale price $70 (SCR950) per carton for 180 eggs to individuals who then sell on a retail basis.

Rosette said that the island has no control over the retail price.

The Island Development Company (IDC) -- the other supplier of the eggs -- collects on Desnoeuf Island which lies over 200 kilometres south-west of the Seychelles main island of Mahé. IDC’s collection is done every two years in an effort to undertake the harvest in a sustainable manner.