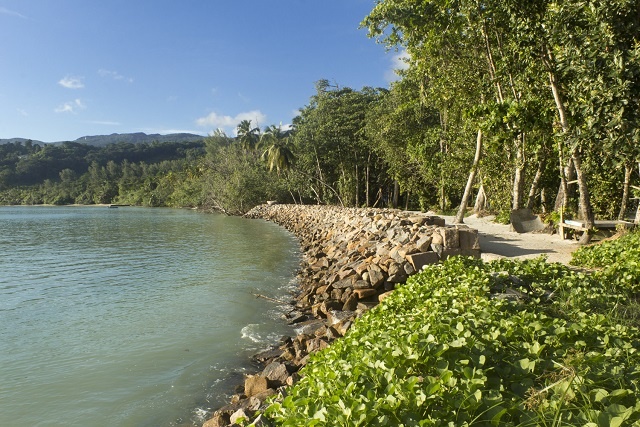 (Seychelles News Agency) - Seychelles is putting climate change issues higher on the national agenda through strengthened cooperation and increased involvement with all partners in the process, a top official said.

Earlier this year a two-day session was organised for a self-assessment exercise in preparation for the third national communication on climate change report and status of the Seychelles' coral reefs, reef resilience and coral reef restoration.

Principal Secretary for Climate Change Wills Agricole said that the self-assessment is “to ensure that concerns related to climate change and threats are included within the documents.”

Agricole added that this will “hopefully get the relevant financial support to resolve and mitigate the adverse impacts of climate change being experienced within our immediate environment and threatening the livelihood of the Seychellois.”

The self-assessment will generate the information and process required for the preparation of project proposal and will seek to guarantee that consultations are carried out with a wider range of relevant partners and all concerned with climate change.

In the discussions among experts and stakeholders, the issue of coral bleaching, and sea level rise causing beach erosion still comes out as biggest threats to Seychelles.

“We have a cause, we have challenges but it is achievable,” Agricole told SNA.

Climate change is already a battle which the Seychelles, an archipelago of over 100 coralline and granitic islands in the western Indian Ocean, is already fighting. The island nation’s coral reefs were affected by coral bleaching due to the 1998 El Niño weather phenomenon, leaving stretches of pristine coast vulnerable to erosion.

As one of the measures taken to seek funding to address this concern, the Seychelles’ government launched the debt swap initiative in 2014 to the Paris Club members led by US-based non-governmental organisation The Nature Conservancy (TNC). The initiative was finalised in March 2016 and the debt is being paid to the organisation set up under a law called Seychelles Conservation and Climate Adaptation Trust (SEYCAT).

In the two-day session, the different restorative projects being implemented in Seychelles to help reefs to recover from the effect of the climate-driven mass bleaching event were also discussed.

Agricole said, “The whole topic of reef resilience was also put into focus, we also explored some of the scientific work that has been or is being undertaken to better understand reef ecology in the face of climate change.”

The meeting presented an opportunity for all partners to discuss techniques being used, the challenges that they face and also to share their experiences.

For the rehabilitation of beaches, there are projects being implemented at North East Point and Anse a La Mouche on Mahe, the main island, Anse Severe on La Digue and Amitie on Praslin, the third- and second-most populated islands.

The third national communication on climate change report is one that each party to the United Nations Framework Convention on Climate Change (UNFCC) prepares periodically in accordance with the guidelines developed and adopted by the conference of the parties. It is expected to be implemented within the next three years.