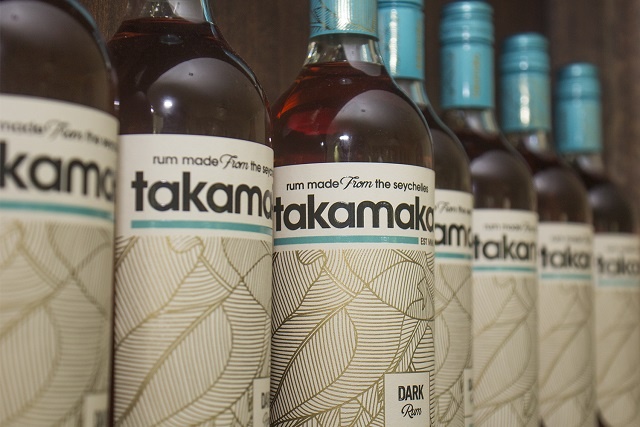 (Seychelles News Agency) - Takamaka Rum -- a drink made in Seychelles -- is now available in the UK through the distribution network that Highball Brands has with hotels, bars and restaurants.

The rum varieties being sold in the UK are the White Rum, Spiced Rum, Extra Noir, Coco Rum and St André.

In an article on ‘thedrinksreport’ -- an online magazine for the wine, beer and spirits trade -- the co-owner and exports director of Takamaka Rum, Bernard d’Offay, said, “We are extremely pleased to be working with Highball Brands to launch our brand in the UK. Their expertise within the industry will be integral in introducing us as a fresh, youthful and alternative rum offering to the on-trade."

The article quoted Fabrice Limon of Highball Brands as saying, "Takamaka Rum complements our portfolio of exciting, luxury spirits with its unique provenance and fresh approach to a category typically steeped in history and tradition. We are looking forward to building the brand in the UK."

Takamaka Rum was established in 2002 by brothers Richard and Bernard d’Offay at the old plantation house of La Plaine St Andre, which was originally built in 1798. The site has been restored to its former glory by the two brothers and besides being a national heritage monument, this popular tourist attraction and working distillery is also home to award-winning restaurant La Grande Maison.

Speaking to SNA, Bernard d’Offay said that “the tourist flow to La Plaine St Andre, the rebranding of [their] product, coupled with new distribution partnerships have created a renewed interest in the brand from overseas markets.”

Now that Takamaka has reached the UK, its producers are hoping to secure fresh new listings in high-end retailers and cocktail bars that are looking for rums with a point of difference, a unique provenance and an interesting story.

To meet the demand for both the local and overseas markets, the Seychellois company has upgraded their bottling lines, barrel store and distillery, enabling them to expand globally.

Apart from Europe and the UK, Takamaka is being exported to UAE and discussions are being finalised to secure distribution in Russia, parts of Africa and Australia.

“Europe and Dubai are our two biggest markets at the moment. Our European distributor, Haromex, based in Germany, also supplies Takamaka into Romania, Austria, Switzerland, Netherlands and Belgium,” said d’Offay.

He added that the company has plans to start export to Russia next month and to South Africa and Kenya before the end of the year. Takamaka is also aiming to secure listings in global Duty-Free outlets across Europe, the Middle East and Asia.

D’Offay said that their best sellers at the moment is the Spiced Rum (locally known as dark rum), followed by the Coco Rum and St André 8-year-old rum which has won numerous awards as an aged sipping rum.