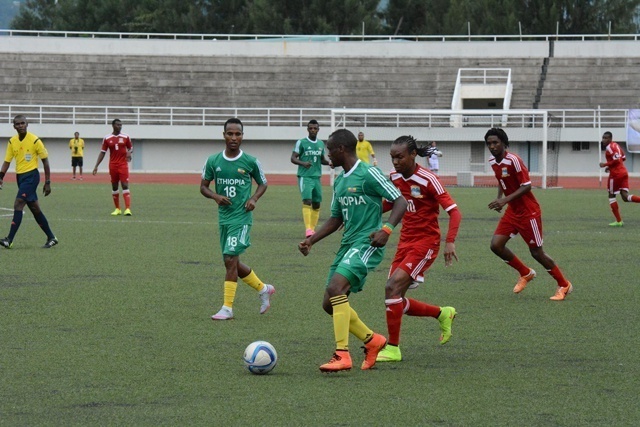 (Seychelles News Agency) - The Seychelles’ national football team will be playing its opening match in the Council of Southern Africa Football Associations (COSAFA) cup competition on Monday against Madagascar.

The match starts at 9.30 p.m. Seychelles’ time at the Moruleng Stadium in South Africa, which is hosting the tournament.

The Seychelles’ side again faces Madagascar -- another Indian Ocean island nation -- an opponent they have not been able to defeat whenever the last two have met in previous competitions.

Under the leadership of coach Rodney Choisy, Seychelles will try to get a better result against Madagascar this evening. Last year, Seychelles lost 1-0 in the opening match in Namibia.

The COSAFA Castle Cup is a competition organised every year by the Council of Southern Africa Football Associations. This year it is taking place in South Africa’s North West Province starting Sunday June 25 to July 9.

The team from Seychelles, a group of 115 islands in the western Indian Ocean, is in Group B which also includes Zimbabwe, four-time winners of the tournament, and Mozambique, the finalist in 2015.

Seychelles will be playing their second game on Wednesday against Mozambique before taking on Zimbabwe in their last group match on Friday.

The Seychelles’ team has so far won just one of their previous 19 matches in the tournament, drawing three and losing the remaining 15, after making their debut in 2005.

Making up Group A are Malawi, Mauritius, Angola and Tanzania.

The winners of the two groups will progress to the quarterfinals and will meet respectively the host nation South Africa and Swaziland who are both on standby.