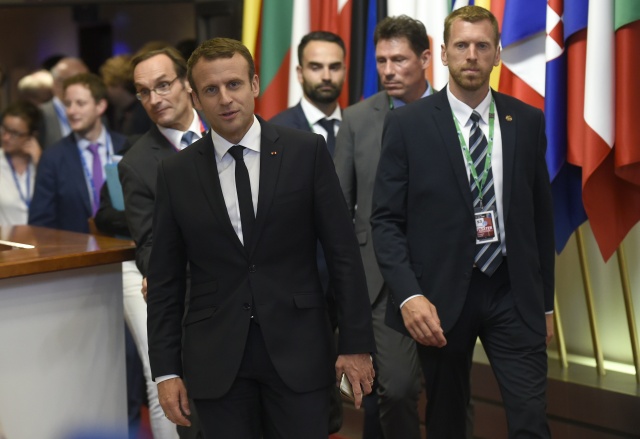 (AFP) - The European Union on Wednesday formally rolled over damaging economic sanctions against Russia for another six months, saying Moscow had failed to live up to its Ukraine ceasefire commitments.

EU leaders endorsed the move last week, charging that Russia had not halted its support for pro-Moscow rebels in eastern Ukraine nor put pressure on them to respect a ceasefire brokered by France and Germany which was meant to help end a deadly conflict dating back to early 2014.

The European Council, which groups the EU's 28 member states, said the decision followed a summit briefing on the situation by French and German leaders Emmanuel Macron and Angela Merkel.

"This paved the way for the renewal of sanctions for a further six months," a statement said.

"The Council formalised this decision today by written procedure and, in line with the rule for all such decisions, unanimously," it added.

The sanctions, which target Russia's finance, oil and defence sectors, will run to end-January 2018.

The EU imposed them after the shooting down of Malaysia Airlines flight MH17 in July 2014 with heavy loss of life, blamed by the EU on the rebels.

Up to that point, many European Union member states, especially France and Germany, had been reluctant to make such a move which would cost them as well as Russia.

The Minsk accords, agreed by Moscow and Kiev, were first reached in late 2014 and then re-worked in early 2015 but they have been breached almost daily.

The death toll in fighting between government forces and the rebels has mounted steadily to above 10,000 since the conflict broke out following the ouster of a pro-Russian government in Kiev in early 2014.

The EU insists Russia must be held to account for its support of the rebels but Moscow says Brussels is at fault for aiding and abetting the overthrow of a legitimate government.

Earlier this month, the EU also formally extended for another year sanctions imposed over Russia's 2014 annexation of Crimea from Ukraine, which the bloc deems illegal.

In addition to the economic and Crimea measures, the EU has also imposed asset freezes and travel bans on Ukraine and Russian figures held responsible for supporting the rebels.

Moscow says all the EU sanctions, along with extensive US measures, are both ineffective and counterproductive.