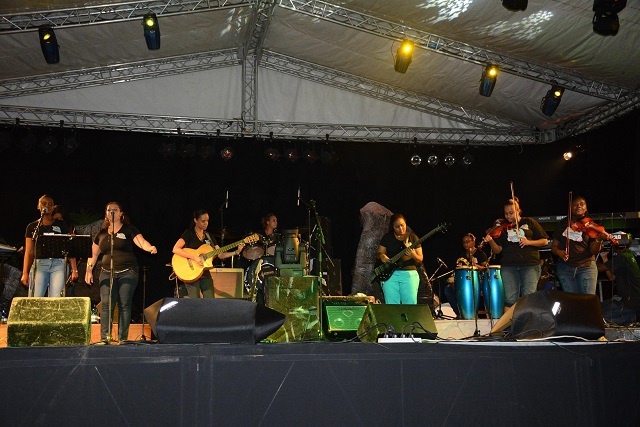 Seychelles will be using the experience gained and the information gathered to network with the right people, develop the right contacts which will help local artist to produce the right music. (Seychelles News Agency)

(Seychelles News Agency) - Artists from Seychelles will be using the experience gained in the international music market (Midem) in France to export local music and prepare for next year’s event, an official from the Arts Council said.

“We will be using the experience gained and the information we have gathered to network with the right people, develop the right contacts which will help us to produce the right music which can succeed on a worldwide scale,” said Jimmy Savy, chief executive of the National Arts Council.

Savy was heading the first Seychellois delegation at the ‘Marché International du Disque et de l'Edition Musicale,’ known as Midem, which took place in Cannes, the French city well known for its international film festival. It was a four-day event from June 6-9 which included music conferences, competitions and networking events.

The chief executive said the delegation was split into groups so that everyone could benefit from the different workshops and sessions which were happening at the same time.

“This was the place to be. We met publishers, producers and people involved with copyrights issues, incubating of artists, putting up shows and tours," he said.

Savy added that they also "met people like Haitian singer Wyclef Jean, whom we spoke to in Creole and who turns out to be a humble person, happy to talk to us.”

“These contacts will also help Seychelles to export Seychellois music,” said Savy, referring to artists like Wyclef Jean who has produced celebrities like American singer Beyoncé and Daddy Yankee from Puerto Rico.

One of the Seychellois artists – Ion Kid – had the chance to attend one of the talks by Daddy Yankee on how to make a song which can become a hit. Daddy Yankee features with Luis Fonsi on the latest international song ‘despacito.’

Savy says the way forward now is to disseminate the information about the market to everyone involved in the music industry of Seychelles, an archipelago in the western Indian Ocean.

He said that they all need to pull their resources and work on potential hits while at the same time preparing for Seychelles first ever participation at the fair.