Head of Seychelles’ anti-corruption body: We will work without fear or favour 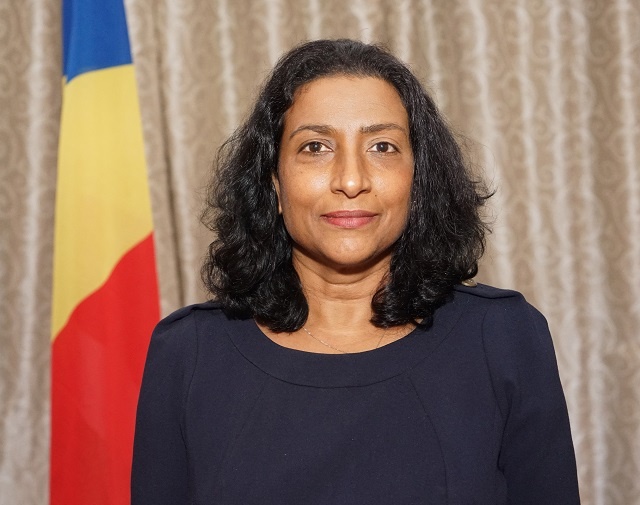 SNA: What has the commission been doing since it began its work in April?

MS: We have been busy recruiting new members of staff, developing our strategic plan and putting in place our policies and procedures. As the saying goes, ‘Rome wasn’t built in a day,’ so we are laying the foundations and ensuring that we have the right people, systems and processes in place.

In fact, in the last two months, we have been looking at suitable premises as the current location on the third floor of Docklands building, is not ideal. I have also been on an overseas mission. In June I was in Malawi where I attended the Commonwealth Secretariat international conference for the Anti-Corruption Commissions in Africa and had the opportunity to meet our international partners.

SNA: So far how many cases have you recorded and that the commission is investigating?

MS: So far the commission has recorded 27 cases out of which 16 are under investigation. The remaining 11 are being assessed. For every complaint received, the case has to go through a complex process which includes assessment of the complaint about corrupt practices and examination of evidence, to name a few.

SNA: Are there any priority cases?

MS: All our cases are treated in chronological order. Some cases will require more time to investigate because of the nature of the complaint. Let me highlight the fact that evidence gathering takes time. We will not rush with any case because of external pressure. We want to ensure that the correct procedures are followed and that we gather as much evidence as possible.

SNA: President Faure in his last press conference did not comment on the case of the missing $50 million. He said the commission is investigating. Can you comment on that?

MS: We are in the process of gathering as much information on this matter. The transaction happened in October 2002, about 15 years ago. Some people have moved on from their previous roles, and some aspects will cover other jurisdictions. We will, therefore, have to follow the correct international protocols in order to proceed to the next stage of our investigation.

SNA: What are your plans for the commission?

MS: Besides carrying out investigations, the commission has recruited a prevention manager who will be working with key government institutions to help revise their current systems and processes, and raise awareness in schools, the public and private sectors.

We will assist our public service to change their mindset in how we deliver our services and be transparent in their decision making at all times in line with the announcement of the president on the public service day on June 22.

SNA: How are you going to educate and sensitise members of the public on the role and function of the commission?

MS: This is a key role of the commission. It has been our message since we launched and we will develop a comprehensive education and awareness programme to address and eliminate corruption in all sectors of our society. This will include using the media and sound public relations to educate the public about the act.

SNA: What are the procedures for filing a case with the commission?

MS: We have a complaints manager who handles all corruption related complaints.  Anyone is welcome to set an appointment by calling our office telephone number (248) 4326061. Of course, there are other several ways to lodge a complaint with us. For instance, by posting a letter to our post office box 1456 or sending an email at complaints01@accs.sc. We are also planning to set up an interactive website and Facebook page in the coming months to cater for those who use the internet and social media to learn more about our work and to message us with their comments and complaints.

SNA: Are you getting the co-operation from government and other agencies to facilitate the investigations?

MS: So far all the government agencies, parastatals and independent bodies have been co-operating with us. They have to. There are no two ways about it. Whether or not a public officer has signed the Official Secrets Act or confidentiality agreement, we have the power to access all the books, records, returns, reports and other documents relating to the work of any public or private body.

I wish to highlight that Section 22, 2b of the Anti-Corruption Act requires the head of any government agency to produce or furnish documents specified by the chief executive and deemed necessary for an investigation into an alleged or suspected offence.

SNA: What message do you have for the public?

MS: My message to the general public is to be patient and understand that we have just been established. We are building our team and working on the complaints. This commission has a serious mandate, and we will work without fear or favour. It takes time to set up, recruit the right personnel, source new premises and attend training as this is a new area for all of us.

I am confident that we will be getting results over the next few months. Like I’ve said, some cases are more complex, and it will take time for us to collate evidence before referring to the Attorney General if there is sufficient evidence of corruption.