Interview: Seychellois basketball player in France is realising his dream 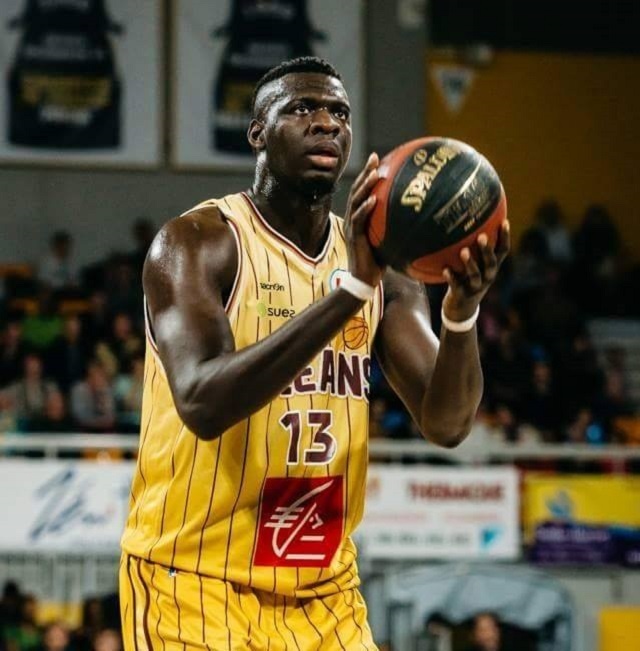 (Seychelles News Agency) - Seychelles' first professional basketball player was in his home country recently with a group of other professionals to headline a basketball camp for aspiring players.

SNA caught up with the 27-year-old to learn more about the elite athlete.

SNA: To begin with, tell us a bit about yourself.

AS: I come from a family of five. My dad works at the Department of Foreign Affairs and my mum is a school teacher at the Plaisance secondary school. I have a big brother and sister. I am the baby of the family.

SNA: When did you start playing basketball?

AS: I started at 15, following in the footsteps of my big brother who is actually playing for the local Premium Cobras club.

SNA: Did you play for the Seychelles National Team?

SNA: You are the first Seychellois to play basketball at a professional level. What does that mean for you?

AS: First of all for me, it’s a dream come true and the fact that I am the first player it’s a big honour and I am representing Seychelles.

SNA: What the difference between playing in Seychelles and playing in France?

AS: Playing at a professional level in France means training every day. Here I played for pleasure since I love basketball. Now I am getting paid to do it so it’s more intense as I have to bring in results.

SNA: How many teams have you played with in France?

AS: I started at the training centre of Nancy basketball in 2007 and played for the team. In 2013 I joined Pau-Orthez and in 2015 I moved to Orléans where I am currently playing. All the teams I played with are in the French 1st division.

SNA: You have been able to go professional, do you think other Seychellois can play at that level?

AS: Definitely.  We certainly have the talent; it’s just getting the exposure that is needed and the opportunity like I did. When it comes to the talent we don’t even have to ask that question. We have a lot.

SNA: What is needed then for them to get the opportunity?

AS: We need to create these opportunities where foreign coaches or training centres are able to see our players in action. We also need to be playing much more at the international level and use every chance we get. This will motivate our young when they see that they can also get the chance to go international and why not professional, and turned their leisure into a paying one. The only thing missing for that to happen is the opportunity.

SNA: Are you still playing for the national team of Seychelles

AS: There is a current national team under 25, I am not part of it. But I am always ready to play for my team and whenever I am called -- I will do so.

SNA: You were here recently with the Sporting Life-sponsored event. Tell us about the project.

AS: Together with a group of other professional players which included a player of the NBA (National Basketball Association), we were doing a basketball camp with the young players in Seychelles. We provided some role modelling activities and we noticed that they also are talented. The activity was mostly to boost their morale so that they believe in their dreams of making it big. You never know who is watching. The opportunity might come anytime to play at the international level.

SNA: Were you satisfied with the turnout?

AS: For this first edition I am happy with what we were able to do – it was good. Since this was the first time we will definitely make some improvement when we next come. This is what we are planning to do.

SNA: What message do you have for the young aspiring players of basketball?

AS: Keep working hard and always believe in your dreams. Never give up and always strive to improve. Remember discipline is the key to success.