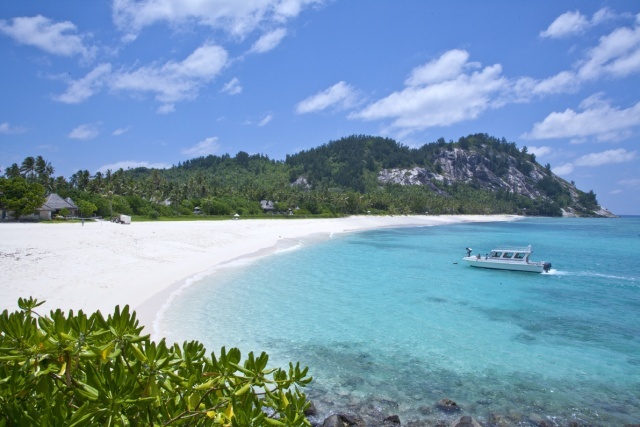 North island -- home to an exclusive private island resort, where the Duke and Duchess of Cambridge, Prince William and his wife Catherine, spent their honeymoon in 2011. (Gerard Larose, Seychelles Tourism Board).

(Seychelles News Agency) - The North Island Lodge in Seychelles is the world’s most expensive luxury hotel at $6,995 per night, according to a survey report by the Luxury-Hotels.com.

The survey compared the rates of luxury hotels around the world for the travel months of July and August 2017. The rankings are based on the minimum price a couple will have to spend to stay overnight at a particular hotel or resort.

Visitors are willing to spend so much money to stay in one of the 11 villas on the island “because the island does not only offer the traditional standard of luxury but goes above and beyond by excelling in experiential travel,” says Bruce Simpson, the managing director.

Simpson told SNA that “the experience starts before you have even arrived. Once on the island, you have the immediate feel of exclusivity and privacy. Today’s traveller places great value on this and with only 11 Villas you’ll feel like it’s your own private island.”

North Island, located 27 kilometres north-west of Seychelles' main island, was a former colonial plantation. It was bought in 1997 by the South African ecotourism company Wilderness Safaris. The island is now an exclusive eco-tourism resort accessible only by helicopter and regularly patronised by the rich and famous, including the notable event of the honeymoon of the Duke and Duchess of Cambridge in May 2011.

The managing director said that the team on North Island also goes to great lengths to ensure that the visitors' stay are completely personal.

“Each villa has a dedicated villa attendant and guest experience to tailor each and every guest's itinerary to their preferences. They can do as much or as little as they please, ensuring they make the most out of their time on North Island, experience it the way they wish to, and depart with memories to last a lifetime.”

Another experience travellers of today seek is the social responsibility aspect and Simpson said, “At North Island, we have wonderful conservation initiatives which guests can read about before they arrive, partake in when on the island and keep up to date with long after they have departed,”

He added that “Along with creating a world-class destination, North Island has created a natural idyll and a sanctuary for endangered Seychelles species.”

North island offers an important ecological experiment – rehabilitating an island paradise -- and attempting to save several endangered species from total extinction. This includes one of Seychelles critically endangered species -- the magpie robin that will be introduced soon on the island.

Another island of Seychelles, Fregate Island Private, also features among the top ten most expensive hotels, taking 7th place at $3,637 per night.

Islands of Seychelles increasingly a favourite destination for weddings, honeymoons