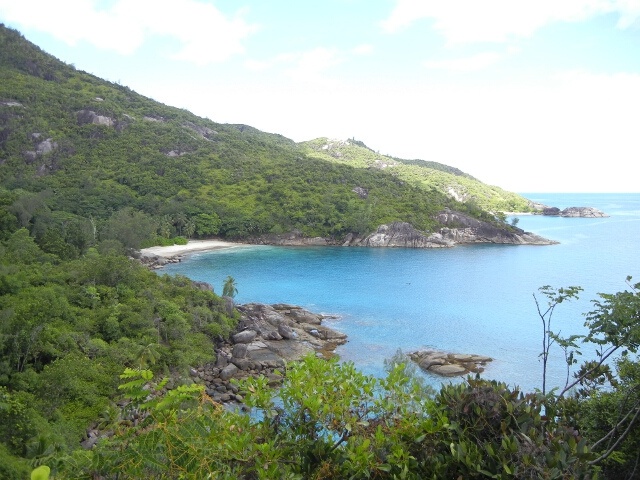 Anse Major is one of the beaches that the crew will use to shoot some of the scenes. (TheLastResorts/Flickr)

The wonderful backdrop and scenes of the Seychelles will feature in an international television series in the U.K.

The comedy series, titled ‘High and Dry’, unfolds with passengers surviving a plane crash on a deserted tropical island.

Starring popular British comedian Marc Wootton, the series is being produced by a UK-based company -- Baby Cow Productions – which has handpicked some of the island nation's secluded and exotic locations for the scenes.

The series will start airing on Channel 4 in the United Kingdom and is expected to push Seychelles further into the U.K limelight -- a market that has seen a remarkable increase in visitor arrivals to the island nation over the last two years.

The Seychelles Tourism Board and other local authorities are providing full support for the filming on location.

The chief executive of the tourism board, Sherin Francis, told SNA that: “As soon as we became aware that the producers were scouting for a location, we thought that as a beach destination, Seychelles would be ideal.”

Filming which started on July 9th will end on August 4th. The crew will be exploring and shooting scenes at some of the well-known beaches on the Seychelles' main island, Mahe, namely Anse Major, Anse du Riz, and Barbarons.

Important scenes of the 12-episode series will be featured in Anse Major, which borders the Morne Seychellois national park in the north-west of Mahe.

Francis said that compared to other potential countries, Seychelles, a group of 115 islands in the western Indian Ocean, with its turquoise blue sea and evergreen backdrop, offers a distinct Robinson Crusoe effect that will leave viewers in awe.

The tourism board is also bringing a public relations company onboard to feature a “Behind the Scenes” documentary on the filming.

“It is customary for viewers of such TV series to be given the chance to follow what went on behind the making of the series, which is an aspect that one rarely gets to see. This also helps to create a forum for viewers to engage and discuss the series and also the location,” said the chief executive.

Like most of the film production done in Seychelles, Francis said that drones will be used in mountainous and cave areas.

A budget of £1.7 million is set for the filming and financed entirely by the Baby Cow Productions.

Baby Cow Productions, based in London and Manchester, is a British comedy television production company established in 1999 by Steve Coogan and Henry Normal. It has produced series like I’m Alan Partridge, The Mighty Boosh, Red Dwarf, Nighty Night, Gavin and Stacey and Zapped.