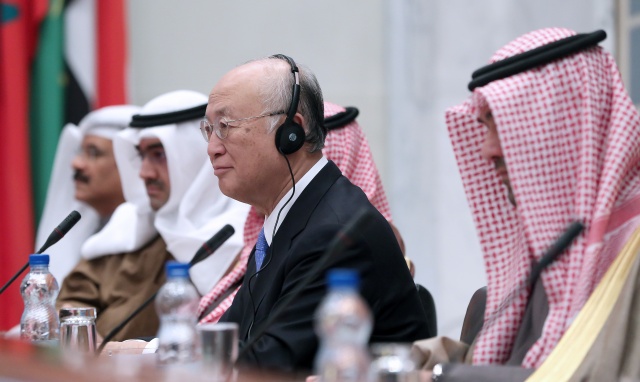 (AFP) - Global demand for oil will be slightly higher than expected this year, driven by increased consumption in India, the US and Germany, the International Energy Agency (IEA) predicted Thursday.

"Estimates of global oil product demand growth in 2017 have been revised up... to 1.4 million barrels per day, on surprisingly robust preliminary second quarter demand numbers," the IEA wrote in its latest monthly oil market report.

After "lacklustre" oil demand growth in the first quarter, "there was a dramatic acceleration" in the second quarter, "due to a combination of expected increases in India, and some surprise additions in the US and Germany," it said.

In total, global oil demand was projected to reach 98 million barrels per day this year.

And it was set to increase at around the same pace again next year to 99.4 million barrels per day, the IEA said.

In a bid to reduce the glut of oil and shore up prices, OPEC countries agreed to cut production from the start of the year, with non-cartel producers led by Russia partially matching the cuts.

But some observers feel that the so-called "rebalancing" of the market and the resulting rise in prices is taking too long to materialise.

The IEA called for patience.

"Oil investors are going through a period of waning confidence with prices recently returning to levels not seen since early November," it wrote.

"The widespread interpretation of this is that investors believe, perhaps impatiently, that oil market re-balancing is taking too long with some calling for additional action by producers to speed up the process."

The agreement to cut output had subsequently been extended and now runs until March 2018.

"And success is judged over the whole period rather than in one month," the IEA said.

"It is OPEC's business to manage its output and we must wait and see if the changing supply picture from the group as a whole forces an adjustment to the current arrangements."

The IEA noted that compliance from the 10 non-OPEC producers who volunteered to cut production improved in June, "higher than the rate achieved by OPEC."

Producers are now set to meet in Saint Petersburg in Russia on July 24 to review the output situation.