Seychelles to get private school in 2020 with emphasis on moral, spiritual values 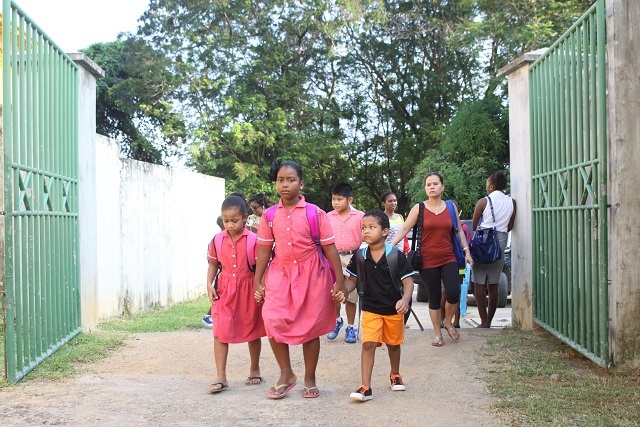 (Seychelles News Agency) - Seychelles is set to get a new private school in 2020 that will put an emphasis on morality and spirituality. The school is to be supported by the Roman Catholic Diocese of Victoria.

The new educational institution -- to be named ‘Olivier Maradan School’ -- will be built at Ile Aurore, a man-made island in the north of Mahe, where a plot of land has already been allocated.

The school, an initiative of the priest and devotees from the Plaisance church, will be the first Roman Catholic school in modern days. It will complement what is already being offered by state and private institutions.

The name Olivier Maradan was chosen in honour of Bishop Olivier Maradan, who was in charge of the diocese from 1937 until 1972, when he resigned and returned to Lausanne, Switzerland for health reason.

During his 35 years in Seychelles, an archipelago in the western Indian Ocean, there was a boom in the construction of schools and churches. A street in Victoria, the capital, is named after him.

The committee behind the Olivier Maradan School project is headed by Pierre Madiela of the Ste Therese parish.

“The project has to do with discipline, moral and life values. In days gone by, a lot of emphases was placed on discipline, spiritual and moral values in the school,” Gerard Adonis a member of the committee told SNA.

The Seychelles’ Ministry of Education has approved the plans of the school, and the next step is to get the endorsement for the curriculum.

“Currently, the curriculum is academically driven, focusing only on the academic aspect but is not taking into account students who are lacking and cannot cope,” said Adonis. He added that: “What the Olivier Maradan School wants is to inculcate the discipline, and moral values which we see is lacking nowadays in young people especially students and which we think is critical for their development.”

The new school project follows a land exchange between the government of Seychelles and the Roman Catholic Church.

The project coordinator, Gerald Pragassen, said, “La Rosiere primary school which was on land belonging to the Roman Catholic Church has been transferred to the government in exchange for a plot measuring 11,000 square metres at the man-made island in the northern district of Anse Etoile.”

The ‘Olivier Maradan School’ will provide classrooms from preschool, kindergarten, primary and secondary up to Advanced Levels studies. A residential block for teachers will also be part of the complex.

Seychelles celebrates: ‘Easter reminds us God has been good to us’