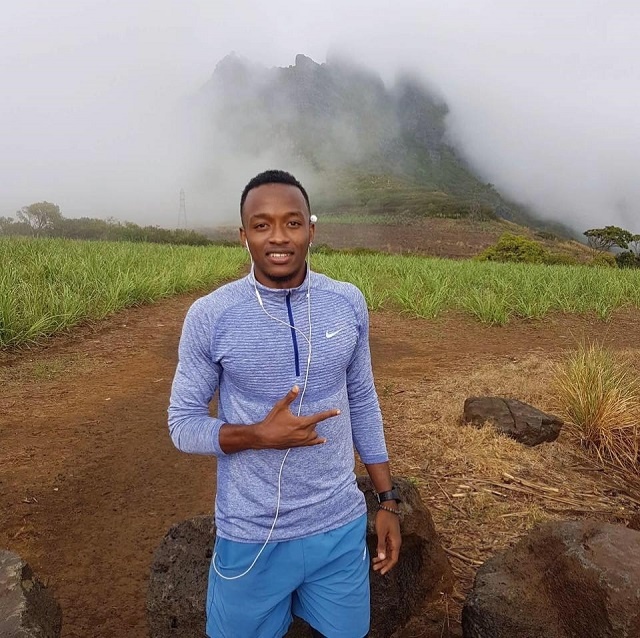 Sicobo was the fastest men in Monday's final of the event, clocking 10.33 seconds to reach the finish line just before Ivorian athlete Arthur Cisse Gue in 10.34 seconds.

The young Seychellois athlete also won the bronze medal with the Seychelles 4x100 metres relay team who came out third in 40.31 seconds another new national record in the final on Tuesday. The Seychelles side included Sharry Dodin, Ned Azemia and Leeroy Henriette.Ivory Coast won the gold medal in 39.39 seconds.

Speaking to SNA via Facebook, Sicobo said, “It was a very special moment for me for winning my first major gold medal. I was 100 percent sure I was going to lower the national record but a gold medal is such a surprise for me.”

The young athlete who lives in the eastern district of Anse Aux Pins beat his own record of 10.38 seconds he made last month at the Mauritius senior national championships. The 29-year record had been held by Cyril Brioche at 10.51 seconds when Sicobo erased it in March.

Sicobo told SNA he had been preparing for the event since last year at the Centre International d’Athletisme de Maurice and that “the preparation was hard but it was worth all the pain.”

The 20-year-old Seychellois will be in action again on Wednesday in the heats for the 200 metres.

Another young Seychellois athlete, Ned Azemia, set a new national record of 50.74 seconds in the men’s 400-metre hurdles at the Olympic Games in Brazil in August last year.

Seychelles is participating in four sporting events -- table tennis, judo, athletics and cycling -- as well as in visual arts, dance and song competitions.