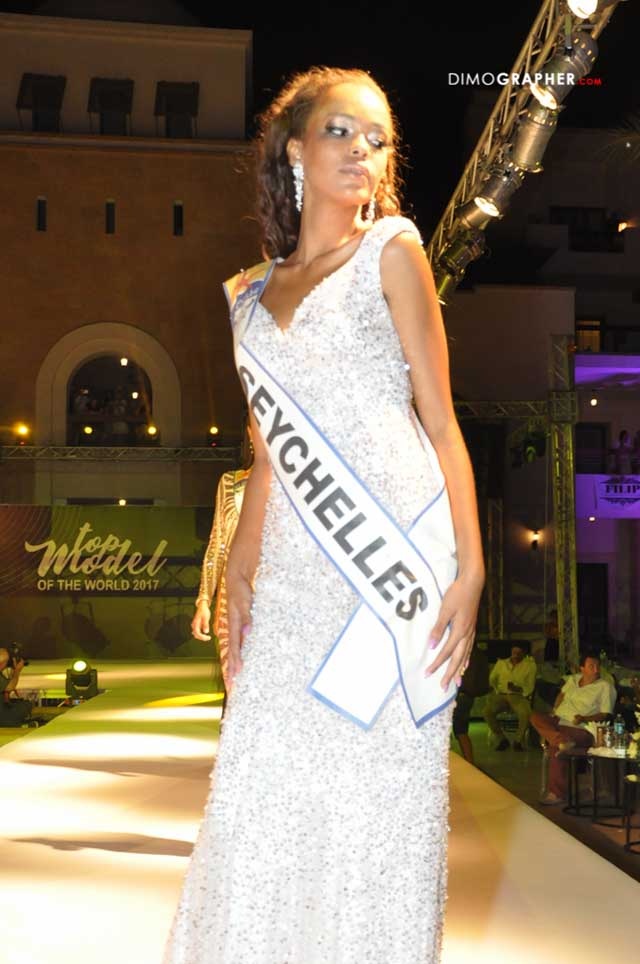 Naomy King represented Seychelles at the Top Model of The World 2017 competition - the island nation's third participation in the pageant. (Dimographer.com)

(Seychelles News Agency) - Seychellois model Naomy King has said that she feels more confident after representing the island nation at the Top Model of the World 2017, where she won the most photogenic title.

King was among 40 young ladies from across the globe competing for this year’s Top Model of the World title at the pageant’s grand finale held in El Gouna, Egypt, earlier in July.

The Seychellois contestant made it to the top six and was ranked fourth at the end of the pageant.

Commenting on her achievements, King told SNA: “I feel very proud as I was not expecting to be among the top 6 out of 40 contestants.”

“It is not something I was expecting and I was quite surprised,” she added.

King, 17, had to renounce her participation in the Miss Intercontinental competition last year due to school commitments, and was eventually selected to represent Seychelles at this year’s Top Model of the World.

She was chosen by a representative of the international event in Seychelles, Joelle Fabre, who is also the director of the Coral Models Seychelles agency, and has been working to groom Naomy into a confident model.

Fabre, who accompanied King to Egypt, was also nominated as the chief chaperone for all contestants at the Top Model of the World 2017. She said that Naomy did a great job on the catwalk, using her 1.75 metre height to her advantage.

“In spite of her timidity she was able to use her perfect height and photogenic face to her advantage,” Fabre told SNA.

Following her debut at an international beauty pageant this year, Naomy King, who is currently in her first year of studies at the Seychelles Business Studies Academy, dreams of pursuing her modelling career on the international stage in the future.

According to Fabre, she is already booked to take part in a Fashion Week to be held in Togo in August this year.

King’s trip to the 24th edition of the Top Model of the World was sponsored by several local and international partners, including the Seychelles Tourism Board (STB).

The Chief Executive of the STB, Sherin Francis, said: “We are proud of Naomy’s achievement. Her win is also a win for Seychelles. I would like to congratulate her and her mentor for this.”

Top Model of the World -- an annual competition in search of the ultimate model -- started in the U.S. city of Miami and is organised by the World Beauty Organisation. The pageant attracts many international models seeking to be recruited for photo shooting, movies, and modelling contracts.

Seychelles was participating in the competition for the third time. Nathalie Domingue was the first participant in 2009, when she won the best catwalk award.

Last year it was the turn of Mariette Dine to showcase the natural Creole beauty of Seychellois women at the competition.

People » Be a reporter: Write and send your article » Subscribe for news alert
Tags: Top Model of the World, Naomy King, Joelle Fabre