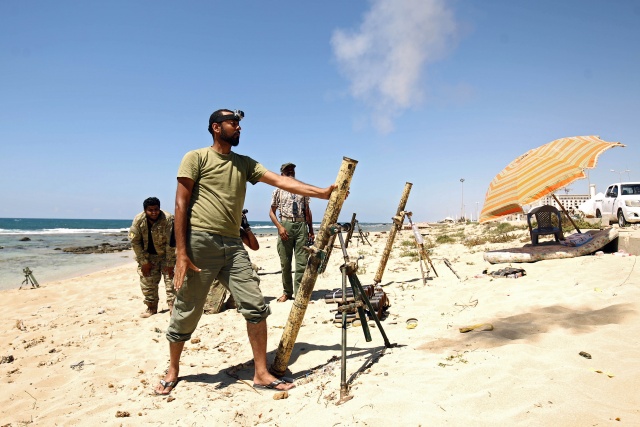 (AFP) - The UN Security Council on Thursday endorsed a plan agreed by Libya's rival leaders for a ceasefire, political talks and elections, in the latest attempt to put an end to six years of chaos in the north African country.

Libya's UN-backed Prime Minister Fayez al-Sarraj and Khalifa Haftar, the military commander based in the east, reached agreement on the new initiative during talks hosted by French President Emmanuel Macron.

Council members including Russia and Egypt, which back Haftar, said in a statement that they welcomed the meeting on Tuesday in Paris and the joint declaration that it yielded.

The United Nations has been struggling for months to re-launch talks on a deal reached in 2015 on setting up a national unity government that has been rejected by Haftar and other factions.

Appointed last year to lead the new government of national accord, Sarraj has failed to assert authority outside of Tripoli while Haftar's forces this month scored a major military victory when they seized Benghazi, Libya's second city.

"Council members urge all Libyans to support a negotiated political solution, national reconciliation, and an immediate ceasefire, as called for in the joint declaration" reached in Paris, said a council statement.

French Ambassador Francois Delattre briefed council members on Wednesday on the Paris talks and said he would be seeking their support for the outcome of the meeting.

In the 10-point joint declaration, Sarraj and Haftar agreed to work on a roadmap for security and defense, unifying national institutions such as the National Oil Corporation and the central bank, and hold elections as soon as possible.

They pledged to support new UN envoy Ghassan Salame who will lead the political talks.

Oil-rich Libya has been in turmoil since the ouster of longtime leader Moamer Kadhafi in 2011, turning the country into a hub for human trafficking and drawing jihadist groups from the region.