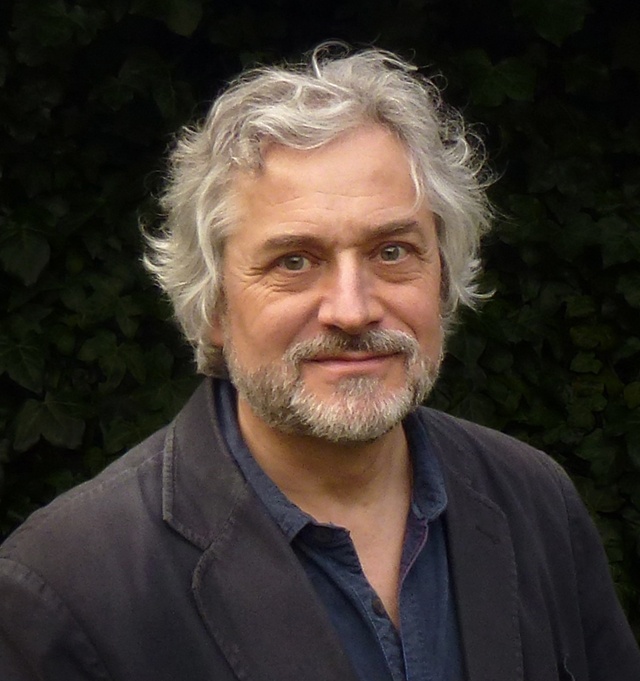 La Digue, the Seychelles’ third-most populated island, renowned for its tranquillity and laid back way of life, served as the ideal research location for Michael Dudok de Wit way back in 2008.

While the fictitious animated movie title ‘The Red Turtle’ released eight years later is not specifically about Seychelles, it is deeply inspired by the sounds, features, natural scenery, and creatures of the island nation.

The 80-minute animation with no dialogue initiated in 2007 was first released in 2016.

It is a collaboration between a Japanese animation film studio and a few French film-production and film distribution company.

SNA caught up with Dudok de Wit, 64, to talk about his career, the Red Turtle movie and how some of the features were inspired by his visit to one of the Seychelles islands.

SNA: Thank you for speaking with us. Let us start with getting to know a little bit about yourself and your career.

MD: I was born and raised in the Netherlands. As an adult, I have lived in different European countries, but my home is London where I have lived for nearly 40 years so far. Professionally I have been an animator and animation director since the end of my art studies in 1978. In the first 15 years of my career, I specialised in animated TV-commercials, each 30 seconds long. The animated commercials industry was very creative, especially in England where it was the fashion to keep the sales message relatively subtle. In the nineties, I felt strongly about telling my own stories in my own short films. Until I started working on ‘The Red Turtle’ in 2007, I created four short films. Two of them -- The Monk and the Fish and Father and Daughter -- have done very well internationally.

SNA: Is animated films your specialty?
MD: It is. I illustrate children books as well and I give lectures about animation at art colleges in England and abroad.

SNA: Now talk a little bit about The Red Turtle. How long is the feature and in a nutshell what story does it tell?

MD: The feature is 80 minutes long and it starts with the premise of a castaway on a desert island. A man arrives on a tropical island and he tries to leave. He wants to go home. All his efforts are thwarted, however. Soon a woman arrives on the island under very unusual circumstances and there is a love affair. The story continues after that.

SNA: Where did the idea come from to create such a feature?
MD: In my youth, I read a lot of fairy tales, myths, and legends from different cultures and I believe they have been my biggest influence. I spent a lot of time thinking about a story and I had help from my editor Céline Kelekipis and my co-writer Pascale Ferran.

SNA: How long did you work on the project before the animation was finally released?
MD: I spent about five years on the development. These were mostly spent on drawing the animatic, which is a very simple version of the film, made out of thousands of pencil sketches. After that, we were ready to animate the actual film. Freelance artists were recruited from all over Europe and my team and I spent about three years on the production.

SNA: You apparently got inspirations from La Digue. Did you purposefully visit La Digue for this animation or was it a chance visit that resulted in the outcome?
MD: I chose La Digue on purpose. I was looking for a beautiful tropical island, anywhere on the planet, to do research on the ambiences. For instance: what is the rain like? What do we hear at night? What kind of clouds do we mostly see? La Digue seemed perfect and I stayed for ten days in 2008. The beauty of the island and the abundance of nature made the research trip ideal and besides I was lucky to encounter two marine turtles. I was also particularly interested in the striking shapes of the granite rocks.

SNA: Did you visit La Digue only or you also went to other islands and what’s your impression of the Seychelles islands?

MD: I visited Praslin briefly for half a day to walk in the nature reserve and the rest of the time I spent on La Digue. I was deeply happy on the islands. I avoided the big hotels and instead I chose to stay in wonderful guesthouses because I felt closer to the island that way.

SNA: What are the most striking inspirations from Seychelles which can be found in the animation?

MD: It was not my aim to make a film specifically about the Seychelles since in the story the island is fictitious. For instance, the island in the film is covered by bamboo forests and the bottom of the lagoon is simply white sand. But we can recognise to some extent the type of round granite rocks.

On La Digue, I came across a large centipede and I saw those palm spiders everywhere. These creatures appear briefly in the film. Every day I heard the sweet call of a tropical pigeon and the sound gave the island a specific ambience. The same bird can be heard in the film. Apart from that, I was deeply inspired by the different ambiences of La Digue.

SNA: You chose to involve a marine creature – a turtle. What’s the rationale behind your choice?
MD: The story needed a beautiful, mysterious sea creature and I chose the turtle. She is not too cute, quite solitary, non-aggressive, she can move on land and she gives the impression of being immortal. All these details were ideal for the story. She has a bright red colour which makes her stand out from the other marine turtles in the story and the red colour contrasts strongly with the blue ocean.

SNA: When was the film released and what has been the feedback from viewers so far?
MD: It was released in the summer of 2016. It is not a traditional commercial film, but rather a poetic art-house film, yet it has done very well so far in many countries in Europe, in North America and in the Far East.

SNA: Is it a general audience feature or rated?
MD: In the United Kingdom and the USA it is rated Parental Guidance (PG). Generally, the film was made with an adult audience in mind, but it is child-friendly. There is some violence and the film has a meditative quality at times, so we would not recommend the film to children below six to eight years old.

SNA: What’s your desired expectation for this film?
MD: I hope that some of the spectators will recognise their own deep awe for nature - not only the pretty aspects of nature but all nature, including the night, danger and death and the simple beauty of light and shadows - and their own deep love for the timeless quality of life in general.

SNA: The animation has won several awards already, how does this make you feel about your work?
MD: Actually, the film has done really well. It has won many first prizes at international film festivals and it was nominated for a Best Animated Feature Oscar this year. Of course, my collaborators and I are delighted, but the awards are also precious advertising for the film.

MD: It’s too early to talk about that yet.

SNA: Any plans on using the Seychelles islands as inspiration for future projects?
MD: I wish ...I long to go back to La Digue. However, every time when I create a new film or book, I explore a new part of the world with its own ambiences. My next story will, therefore, take place in a different landscape.