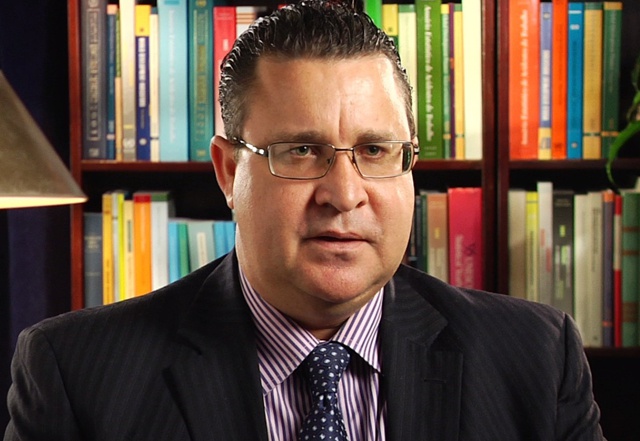 (Seychelles News Agency) - Small island nations are calling on the global community to take notice of their vulnerabilities as preparations intensify for the third international conference on small islands in Samoa in September.

As a leading advocate of small islands issues, Seychelles chaired a high level dialogue on small island developing states (SIDS) in Washington DC last Friday in preparation for the meeting in the Pacific island, focused on ‘building resilience and promoting inclusive growth, and emerging challenges and opportunities in SIDS’, according to a press statement from the Seychelles Ministry of Finance, Trade and Investment.

The Indian Ocean archipelago’s Minister for Finance Trade and Investment Pierre Laporte, was tasked with leading discussions of the the representatives of over 20 small island nations, at a one-day gathering organised by the World Bank and the United Nations. The UN Under-Secretary-General and High Representative for the Least Developed Countries, Landlocked Developing Countries and Small Island Developing States, Gyan Chandra Acharya, was co-chair of the event.

Some SIDS are known to have high GDP per capita income but also for their high levels of indebtedness as well as lack of competitiveness in their economies, which are seen as a barrier for growth. The meeting addressed the ways small island states can leverage their ocean resources through the development of the ‘blue economy’ concept, as well as making use of their renewable energy sources in order to foster their economic growth and battle the threat of climate change.

In a video made available to SNA of Laporte being interviewed at the World Bank headquarters, the Seychelles minister stressed on the need for the world to acknowledge the critical role that SIDS play in the global economy as a key priority for this group of countries.

“….a large portion of trade and economic activities take place in SIDS, in our oceans, so for us the conference is very important and it also help us to firm up the agenda going forward to Samoa,” he says.

Laporte stressed that it is important for SIDS to continue pushing for their challenges and vulnerability to be recognised when being considered for assistance, during the Samoa meeting.

“……..many islands face the challenges of low growth and high debt scenarios and one of the things that we have been arguing a lot for is for recognition that we need to look more than just ‘per capita’ as a criteria for assistance, we will continue to make noise about the need to review this whole criteria to include the vulnerability issue as something that is specific to SIDS. We need to get more from the development partners on climate change the world needs to recognise that most of the SIDS are at risk of our survival ...(...)...at the end of the day it will come back even to the bigger economies so there is a direct interest for the rest of the world to look at us and do more on the climate change side.”

Laporte acknowledged that small islands are getting financial backing from the World Bank to help them cope with impact of climate change but emphasized the need for other partners to come on board.

“We are glad today that the UN has come on board and it’s important now that other European partners join in also.”

Talking about the experience of the Indian Ocean archipelago of 115 islands with a population of about 90,000 people, Laporte pointed to Seychelles’ efforts to better its economy as well as its environmental conservation efforts.

“Seychelles has gone through five years of extremely successful macroeconomic reforms. In 2008 Seychelles was in deep economic crisis but through serious deep rooted macro structural reform we are now able to say that we have an economy that is growing, that the fundamentals are very strong and this is something where the other islands could benefit from…….also Seychelles is a champion in environmental protection and we have been able to base our economy on a strong sustainable tourism for example, and all of this is because of strong policy we’ve taken on environmental protection,” he noted.

The Third International Conference on Small Island Developing States will be held from September 1-4, 2014 in Apia, Samoa.