Celebrating in the Garden of Eden! Seychelles island of Praslin to get its own Culinary & Arts Fiesta this September 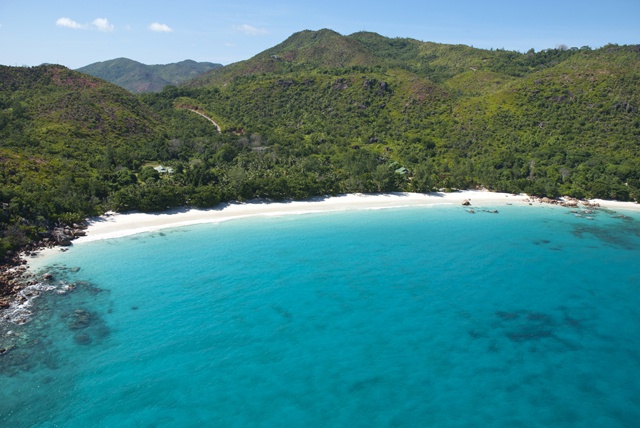 (Seychelles News Agency) - Over a century ago, British colonial army officer Major-General Gordon of Khartoum was convinced that the island of Praslin, the second largest in the Seychelles archipelago, was the Biblical Garden of Eden, where Adam and Eve lived together in blissful paradise.

It is true that the 41 granitic islands of the Seychelles are the oldest islands in the worlds, but it is only after visiting Praslin that one can understand why he would have developed his theory about this one particular island – the lush, verdant tropical national park called the Valleé de Mai contains a mystical, undisturbed air that speaks of secrets long forgotten. The UNESCO World Heritage Site, which straddles the hilly centre of the island is home to the anatomically-correct coco de mer palm, the largest nut in the world and the elusive black parrot.

Wishing to celebrate the spectacular uniqueness of this special island and the culture, cuisine and music of the 6,500 Seychellois people who inhabit Praslin, the Ministry of Tourism and Culture has announced its intention to organize a cultural festival especially dedicated to the island and its people.

“The dedicated Praslin Fiesta will follow in the spirit of the ‘Fete de la Musique’ of Praslin in 1979 when a ‘Pierre de L'Unite’ was erected at the Vallee de Mai entrance,” reads a press statement issues by the ministry.

“The first edition of the Praslin Culinary & Arts Fiesta will be held from September 05 – 07, 2014 with an opening ceremony in Grande Anse and the second day’s activities in the Baie Sainte Anne District.”

The highlight of the event will see the use of the kernel of the coco de mer palm, a produce highly-prized in Asia for its reputed aphrodisiacal properties, in traditional recipes for cakes, tarts and ice creams on offer at the Fiesta, as well as other authentic delicacies with “secret recipes”.

In addition to the culinary treats, some of the other activities being mulled over by the organizing committee include a proposed yacht race, a game fishing competition and a triathlon. Music and dance will also take centre stage at the Fiesta with key recommendations on how local artists will be showcased.

The Seychelles Minister of Tourism and Culture, Alain St. Ange, said that his ministry was answering a call made by the elected members of the national assembly representing the island to organize the national event.

“We needed and event that would be completely different and that would be used to position the island of Praslin on the world tourism circuit as we deliver for Praslin a Fiesta for all the Praslinois at the same time,” he said.