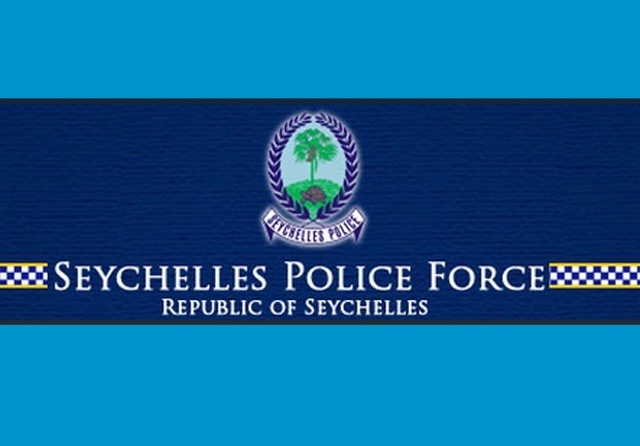 Logo of the Seychelles Police Force

(Seychelles News Agency) - Experts from South Africa's police force are in Seychelles to assist the local police force in its search for Marvin Asba, who has been missing for more than a month, a top official said Friday.

The experts arrived in the country after Commissioner of Police Reginald Elizabeth appealed to Interpol in July for assistance with international detectives to help with the investigation.

The South African experts arrived in the 115-island archipelago in the western Indian Ocean late Thursday. They are Brigadier Leonie Ras, a specialist in crime investigation, missing person and forensics, and two handlers of search and rescue dogs Warrant Officers VanRooyen and VanNiekerk,. The search and rescue dogs will arrive on Saturday.

“They will be working together as a team, where the Brigadier will be assisting the leading investigator in the case. They will most probably be starting from the last place that Marvin was last found,” said Elizabeth.

Marvin, a 27-year-old from the eastern Mahe district of Anse Aux Pins, was last seen on June 29 at the Bel Air car wash on the outskirt of the capital Victoria.  He was reported missing to the police on Monday, July 3. Attempts to find him have yielded nothing.

The commissioner also said Friday that the blood sample collected at Takamaka, on the southern part of Mahe, is being analysed in Mauritius and not in South Africa as some members of the public have been saying.

“I have been in contact with the director of the forensic science laboratory, and I have been told that they are processing the DNA samples at this moment. I expect that as soon as the processing is done, they will be writing the reports and then send to me, after which I will be able to inform the media about the result,” said Elizabeth.

He added that “a lot has been done so far - a lot of information has been collected, and people have been interviewed, but so far there is no concrete evidence to prove a crime was committed.”

The experts will be in the country for a week, but if there is the need, their stay will be extended.

General » Be a reporter: Write and send your article » Subscribe for news alert
Tags: commissioner of police, search and rescue dogs, DNA samples