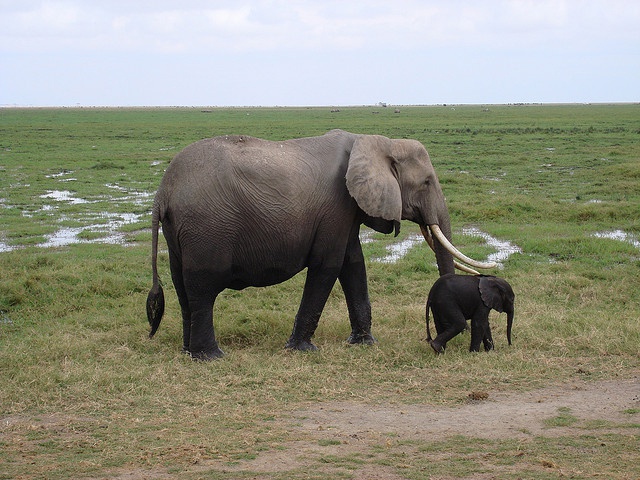 (Seychelles News Agency) - The Sunday night killing of over 60 people in Mpeketoni in Lamu County which is in the Kenyan north coast has dealt a severe blow to Kenya’s tourism industry. The sleepy Mpeketoni town on the mainland is 34km from the tourist resort and UNESCO World Heritage Site of Lamu Island. The road distance from the Kenyan capital Nairobi via the coastal city of Mombasa, to Mpeketoni is 800km.

The latest attacks have seriously dented Kenya’s image abroad and badly affected the tourism sector which has been on a downward trend in the last one year. Acknowledged worldwide as a top tourist destination and boasting of famous beaches and wildlife safaris the Kenyan tourism sector is now at its lowest ebb.

According to the Federation of Kenya Employers (FKE) several hotels at the Kenyan coast have scaled down operations and others have closed down. The Mpeketoni killings comes in the wake of a spate of terror linked attacks in Kenya’s major towns which now threatens to cripple the once booming tourism sector.

Two days before the Mpeketoni assault the United Kingdom had closed down its Honorary Consulate in Mombasa citing security fears. In mid May the UK Foreign and Commonwealth Office advised its citizens against all but essential travel to Mombasa. Following this travel advisory more than 500 UK citizens who were holidaying in Mombasa were evacuated.

The UK is the largest tourist source market for Kenya. France, US and Australia took the cue from the UK government and issued similar travel advisories and scaling down the operations of their embassies.

According to the Kenya National Bureau of Statistics (KNBS) tourism accounts for 12 per cent of Kenya’s economy earning revenues that average $1.1billion annually.  Tourism occupies a central place in Kenya which is East Africa’s largest economy. After agriculture’s main exports of tea, coffee and horticulture, tourism is the second foreign exchange earner for Kenya.

Over the last one year the tourism sector has been hard hit following fatal terrorism attacks in the Kenyan capital, Nairobi, Mombasa and northern Kenya towns bordering Somalia. In September last year al-Shabaab militants attacked the Westgate Mall in Nairobi’s affluent Westlands borough and killed over 67 people among them foreigners.

It is this daring siege which lasted some three days that signified a downward trend for the sector. After Westgate a series of grenade attacks on public utility buses and shootings in churches together with killings of radical Muslim clerics has escalated.

Initially the Somali Islamic militants Al-Shabaab had claimed responsibility for the Mpeketoni attacks. In a televised address to the nation, President Uhuru Kenyatta said that the attacks were political. “The attack in Lamu was well planned, orchestrated and politically motivated ethnic violence of a Kenyan community with the intention of profiling and evicting them for political reasons,” Kenyatta said.

“This therefore was not an Al Shabaab attack. Evidence indicates that local political networks were involved in the planning and execution of the heinous attacks.”

Growing insecurity is among the main reasons given by the tourism ministry explaining the declining tourists’ arrivals.  “The impact on tourism and employment has impacted all our members,” Jane Mugo the Executive Director of FKE says.

“The government should enhance its responses to the rising cases of insecurity.” The FKE has called on the government to contain the rising insecurity as the woes on the hospitality industry are having a spiral effect on other sectors. Official figures released indicate that tourist numbers reduced from 1.7 million in 2012 to 1.5 million in 2013.  In general the industry had declined by 15 per cent.

The government has given all assurances of remedying the lapses within the security system and increased allocations to the military, police and intelligence services. In the recent budget unveiled by the treasury cabinet secretary, the security budget was allocated Kshs.150.9 billion ($1.7billion).

This increased budget is aimed at modernizing the police service, adopting latest surveillance gadgetry and boosting morale within the entire security system.