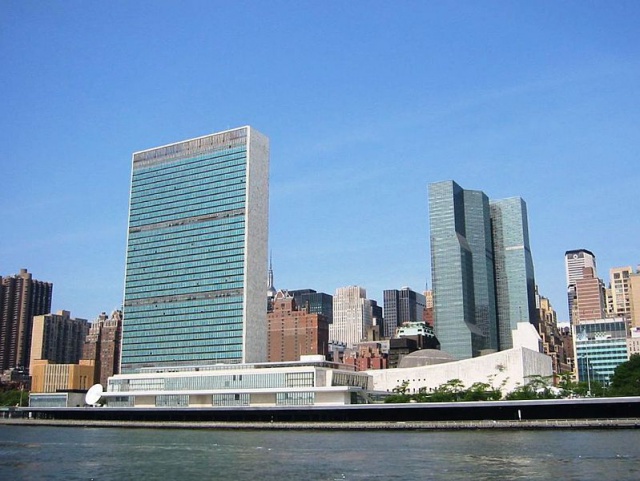 (Seychelles News Agency) - The Seychelles has called for reform within the United Nations to become a more equitable platform for all the nations of the world, according to a press statement from the archipelago’s Ministry of Foreign Affairs.

This was echoed by Seychelles’ Secretary of State in the Ministry of Foreign Affairs, Ambassador Barry Faure, at the G77 plus China, Golden Jubilee Commemorative Summit in Santa Cruz, Bolivia, from June 14-15.

Faure who was representing the Indian Ocean island’s President James Michel, reaffirmed Seychelles’ commitment to the ideals and principles of the G77 group of developing nations and shared President Michel’s statement with the audience.

The United Nations will be celebrating its 70th anniversary as an organization next year.

“The world has changed considerably since 1945 and it is even more pressing for our global organization to reflect the realities of today,” read Ambassador Faure.

The Group of 77 plus China is an intergovernmental organization of developing nations that was formed on June 15, 1964 to accentuate the trade and development related issues of its members. Today, however, the focus and size of the group has since evolved: it is now a lobby group made up of 133 member states within the United Nations structures and champions causes in relation to developing nations.

The Seychelles has pledged to reinforce its fraternal bonds with the G77+China in the spirit of cooperation and shared values.

“If we have to look back, we should count the adoption by the UN General Assembly of the Declaration of the New International Economic Order in 1974 and the UN Declaration on the Right to Development in 1986 as some of the major accomplishments,” said Faure echoing Michel’s statement.

“The G77+ China has, however, been above all the means for our countries to articulate and promote our collective socio-economic interest and strengthen our joint negotiating capability within the United Nations System. This, we should continue to do with one voice.”

The President’s statement expressed appreciation for all the support that Seychelles has been given to fight piracy in the Indian Ocean Region. Although incidents of piracy in the region have decreased dramatically since the international community intervened, he expressed his ongoing concerns about the continued threat to tourism, commercial shipping and fisheries in the area.

Seychelles has prosecuted the largest number of Somali pirates compared to other countries of the region between 2009 and 2013. To date, 124 pirates have been convicted, most of which have been repatriated to Somalia to serve their sentences.

Seychelles also raised a voice for issues pertaining to the Small Island Developing States (SIDS) and congratulated the group for continuing its strong and vocal advocacy for awareness of the challenges faced by SIDS, which are particularly vulnerable to climate change and economic shocks.

“We should be united in urging the international community to adopt an ambitious, practical, dynamic, accelerated action agenda to deliver on the promises made at the RIO+20 Summit in order to combat climate change, ensuring an equitable green and blue economy for developing countries,” read President Michel’s address.

Seychelles also argued that it and other developing nations’ classification as middle income countries should not be held against them at the United Nations.

"If we truly want a fairer international order, no country - especially the SIDS and MICS should be left behind. In the creation of this new world order, all countries, big and small, should have a voice in building the future we want.”

Seychelles has already announced that it it seeks to present its candidature for a non-permanent seat in the United National Security Council  for the 2017-2018 term, following approval from the African Union.