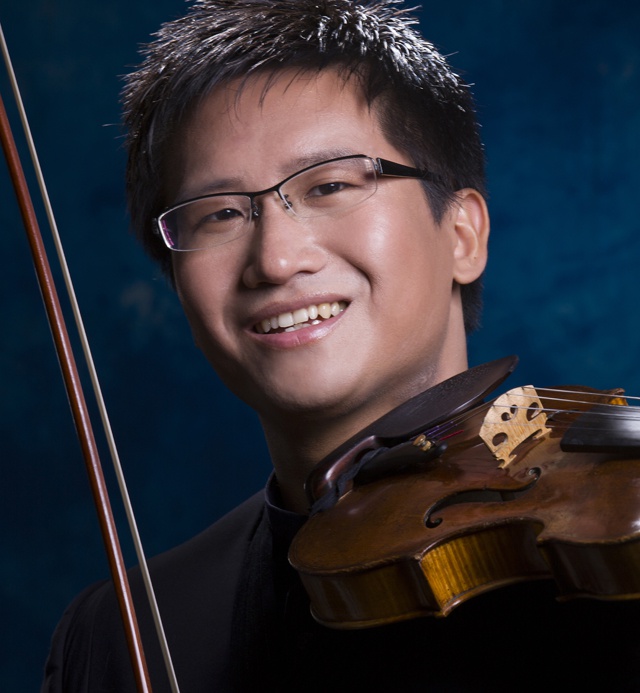 (Seychelles News Agency) - Music is the fire of the soul. It lifts you up, it sets your heart racing, and lets your imagination soar to fantasy lands and unexplored emotions.

Classical music, the uppermost discipline of the music world, has a growing appeal in the Seychelles islands, where several classical music festivals have been held in the past as well as guest performances by Russian virtuoso Yuri Bashmet and one of China’s finest violinists and rising stars Dan Zhu.

As many around the world celebrate 21st June as International Music Day, SNA presents an interview with Dan Zhu, who just returned to New York from a four week concert tour to Beijing, Paris, Milan, Cremona, Munich, and Salzburg.

Dan Zhu, you have travelled the world, playing your violin in so many countries, with much success. How did your career develop?

I grew up in a non-musician family, however my parents are always most supportive to my music career ever since when I began to learn the violin.

After my debut at Carnegie hall in New York when I was 18 and winning several prizes of international concours in Brussels, Montreal, Japan during my university years; I made my first record album of “French Sonatas” with the piano maestro Philippe Entremont; then I was discovered and guided by the great artists, such as Christoph Eschenbach, Zubin Mehta, etc.; My music education thanks to my mentors Lucie Robert, Ivry Gitlis, Aaron Rosand, among many important musicians.

What were your biggest international engagements so far?

In summer 2012, I performed with Boston Symphony orchestra and Maestro Christoph Eschenbach for the 75th anniversary of Tanglewood Festival, it was also the tribute concert for the legendary Leonard Bernstein.

Last year, I gave a concert with the Camerata Salzburg at the Salzburg Festival. This season I opened with Maestro Zubin Mehta directing the Maggio Musicale Orchestra in Florence.

What was the best experience of them all?

The artistry and human inspiration shared from these great maestri and orchestra musicians, each time are unique and enriching to me.

What is the favorite piece of music that you have played?

Beethoven’s violin concerto, but it's painful for me to leave out many masterpieces to just pick one. In general, the pieces I am playing at the moment are always my favorite.

You played in Seychelles in 2011 for the Chinese national day celebrations.What was your experience of Seychelles? Do you plan to come back?

I was completely fascinated by and drawn into the natural beauty of Seychelles, on top of that the kindness and warm hospitality from the local people brings such pleasant spirit, the memory of this trip is still fresh in my mind.

The concert I gave in 2011 was also for the celebration of 35 years diplomatic relation between the two countries.

Without a doubt, I would love to return to this magical islands to play for the people of the country in the near future!

Why is classical music important for the world?

Open the imagination and vision for the individual, brings the harmony to the world.

What is the most important ideal or principle in your life?

What is your life goal with your career?

To explore the endless beauty of the music world with all the best orchestras and great maestri, and bring my performance to the people from different backgrounds and origins in every corner of the world.

How do you wish to live your life in the long term and use your talent?

Music and nature are the most important ingredients to live my life with my beloved ones. I hope with my talent to inspire and enrich the talented next generation.

Dan Zhu’s recent performance with the Boston Symphony at the Tanglewood Festival has been raved by the critics as "truly brilliant, compelling, and polished".

He has appeared with many orchestras under the direction of Maestros Christoph Eschenbach, Zubin Mehta, Philippe Entremont, Josep Caballé- Domenech, Gianandrea Noseda, Krzysztof Penderecki, Carl St. Clair, Long Yu among others, and has been invited to perform and give master classes at renown festivals, such as Salzburg Festspiele, Tanglewood, Marlboro, Menton, Schleiswig-Holstein, Prades-Casals, Ravinia, and Spoleto.

The 32- year old native of Beijing, Zhu made his first public appearance at the age of nine, performing Mendelssohn’s violin concerto with the China Youth Chamber Orchestra. At age twelve he entered the Central Conservatory of Music in Beijing, where he studied with Xiao-zhi Huang.

Four years later he was awarded the Alexis Gregory Scholarship to study with Lucie Robert at Mannes College of Music in New York. He made his Carnegie Hall debut with Tchaikovsky violin concerto at the age of eighteen, and won several prestigious international competitions, including Brussel’s Reine Elisabeth, Montréal, Sendai and the China International. His mentors have included Ivry Gitlis, Gerard Poulet, and Aaron Rosand.

Zhu has performed with some of the greatest composers of our time, including George Benjamin, Gyorgy Kurtag, Bright Sheng, and the late Gian-Carlo Menotti. His interest in other creative fields has led his music to link several collaborations with environmental organization (Antarctica Forum), architect group (Arte-Charpentier).

The Interview » Be a reporter: Write and send your article » Subscribe for news alert
Tags: classical music, Beijing, China