8 important developments of the Catholic Church in Seychelles 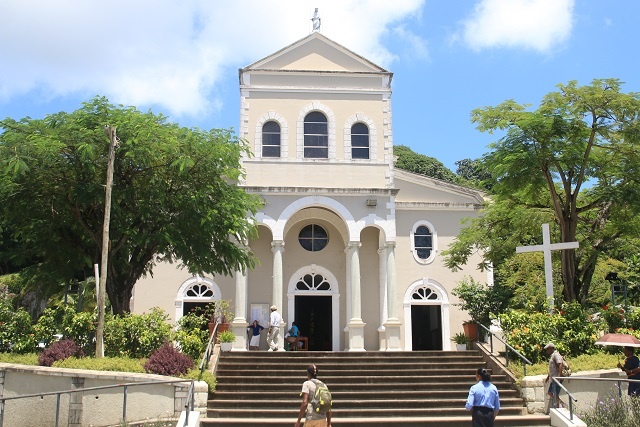 (Seychelles News Agency) - The Roman Catholic Diocese of Victoria celebrated its 125th anniversary in July this year. To commemorate this important milestone, a series of activities were organised and culminated in a mass at the Cathedral of Immaculate Conception on Sunday, July 23.

SNA presents eight important historical events of the Diocese during the past 125 years.

1. Establishment of Roman Catholic  in Seychelles

The Catholic faith was brought to Seychelles by the first settlers but was formally established in 1852 as the Apostolic Prefecture of Seychelles, which was promoted in August 1880 to Apostolic Vicariate of Seychelles. Twelve years later, on July 14, 1892, Pope Leo XIII elevated the Vicariate to the Diocese of Port Victoria.

2. First Bishop of the Diocese

When the archipelago of 115 islands in the western Indian Ocean became a diocese, Marc Hudrisier who had been appointed Prefect Apostolic in 1890, became the first Bishop of Port Victoria. Eight other bishops were at the helm of the church including Seychellois Felix Paul, who was the bishop from March 1975 to May 1994.

By the time it was nominated as a diocese, there were already 23 Roman Catholic schools which accommodated some 2,129 pupils, including St Louis College, established in 1867. Other well-known schools included St. Agnes, Dominic Savio, St John Bosco and the Regina Mundi.

Nuns have played a pivotal role in the social development of Seychelles, particularly in education. Since 1861, the congregation of the St Joseph de Cluny has been present on the islands. In the more than 155 years of service, a total number of 241 sisters had served in the Order, including 56 Seychellois.

On September 1, 1935, the mouthpiece of the Roman Catholic Mission was launched by Father Maurice Roh entitled L’Action Catholique. In 1957 it was renamed L’Echo des Iles. The publication, which comes out every fortnight, is the only one in Seychelles which has not missed any publications since its inception.

Another significant development was when in 1940 Father Roh established a hospice and an orphanage in Victoria. Roh in 1942 founded the congregation of Ste Elizabeth to manage these two institutions, both still in operation at Castor Road in Victoria. In 1943, there was the launching of a charitable society called ‘L’oeuvre de St. Antoine’ – to provide to collect donations and subscriptions, food and shelter for the less privileged boys of the colony.

In 2008, a new spiritual dimension was introduced to the country with the opening of the Cistercian monastery. In 2015, a mammoth task was finally accomplished when the Bible was published in the Seychelles' native language, Creole, which is also one of the island nation’s three national languages.