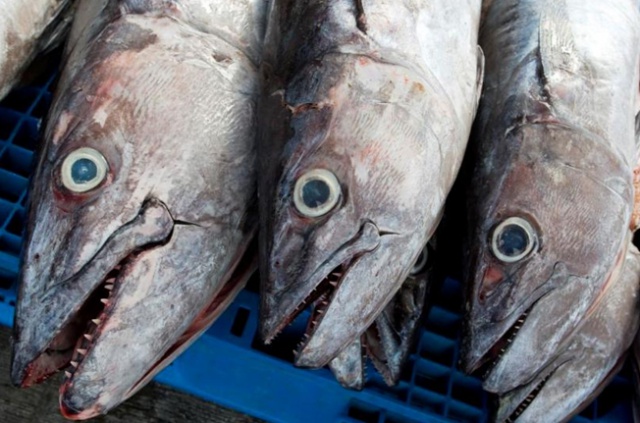 Our Ocean summit considered the issue of illegal fishing an the impact on economies of coastal states. Fisheries accounts for an income of $370 million yearly into the Seychelles economy (Seychelles Fishing Authority)

(Seychelles News Agency) - The governor of Maryland, a Mid-Atlantic state on the eastern coastline of the United States, has honoured the Seychelles’ Natural Resources Minister, Peter Sinon, in recognition of the contribution Seychelles has made towards sustainable fisheries in the Western Indian Ocean region.

According to a press release from the Ministry of Natural Resources, Governor Martin O’Malley is a Democrat with a progressive approach on social issues and is said to be laying the groundwork for a presidential bid in the upcoming 2016 U.S. elections.

The citation comes just days after Sinon presented Seychelles’ experience in promoting sustainable fisheries practices at the ‘Our Ocean’ summit held at the U.S. State Department in Washington D.C. at the invitation of U.S. Secretary of State John Kerry.

U.S. President Barack Obama signaled his intention via video address at the summit to use his executive powers to demarcate a significant portion of the Pacific Ocean as a ‘no-take zone’ for fishing, oil extraction or mining.

The move is likely to anger the largely pro-corporate U.S. Congress, after the U.S. Environmental Protection Agency (EPA) recently announced an Obama-backed plan to cut carbon emissions from U.S. power plants by up to 30 percent by 2030.

American Oscar-winning actor Leonardo Di Caprio, who was the guest of honour at the summit, also announced that he would donate $7 million over the next two years towards ‘meaningful’ ocean conservation.

Sinon was a panelist in the Sustainable Fisheries component of the conference held on June 16, and the minister took the podium to tell the assembled delegates more about a regional Indian Ocean initiative to stop illegal fishing, the Fish-i Africa project, as well as some background on the fisheries industry in Seychelles.

“It is also the host to one of the largest tuna canning factories in the region, producing 1.6 million cans of tuna per day.”“With an Exclusive Economic Zone (EEZ) of 1.4 million square km of the Indian Ocean, Seychelles is strategically located bang in the middle of the tuna migratory route that makes Port Victoria the most important tuna landing and transhipment port in the Indian Ocean,” said Sinon at the summit.

The minister pointed out that illegal fishing activities posed a significant threat to the economy of a small island developing state such as Seychelles, which relies on revenues from fisheries as its second largest economic sector next to tourism, for its continued survival.

The Seychelles government recently announced that it is currently in the process of drawing up a Marine Spatial Plan which will clearly demarcate areas within the EEZ designated for fishing, recreation and oil exploration in a move to prevent fish stocks from dwindling.

Last month, the government of Kiribati also voted to declare a vast 393,000 square kilometer patch of ocean into a “no-take zone” to protect ecologically sensitive tuna breeding grounds in the Pacific Ocean from being over-exploited.

Seychelles is the first African country to sign and ratify the FAO Port State Measures to Deter, Prevent and Eliminated Illegal, Unreported and Unregulated Fishing.

Sinon noted that more than 25 states needed to ratify the agreement in order for the Port State Measures Agreement to become effective, but to date, only ten states have done so.