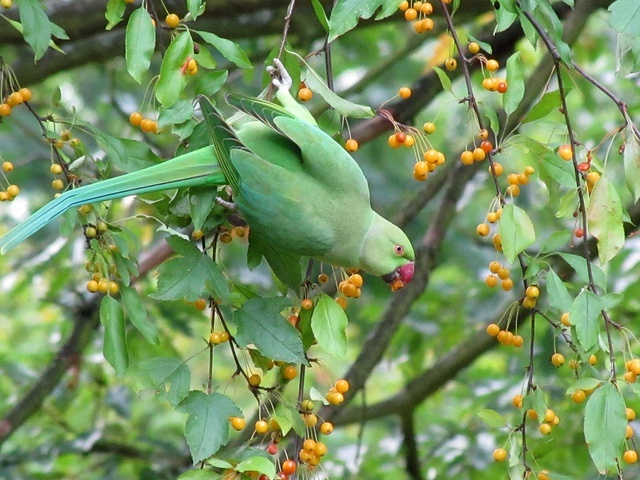 (Seychelles News Agency) - Seychelles appears to be the first country to ever eradicate the ring-necked parakeet, an invasive species that threatened endemic birds in the island nation, now that the last known parakeet has been killed, the Seychelles Islands Foundation (SIF) says.

The last known invasive parakeet was shot on Wednesday, August 23 on Mahe, bringing the number of birds killed in the program to 548. It was the first culling since May 2016. The Foundation says it is possible the species still exists on the island.

The current campaign started in 2013 when the estimated number of the green bird was said to be between 300 and 400. Several eradication programmes had been implemented as early as 2003.

Locally known as ‘kato ver’ (green parrot) due to its colour, the species was targeted for eradication as it poses a threat to native birds of Seychelles, especially the endemic Black Parrot. In many countries, farmers also see ring-necked parakeets as an agricultural threat as they feed on fruits before they are ripe.

It is believed that the ring-necked parakeet was introduced in Seychelles, a 115-island archipelago in the western Indian Ocean, as caged pets as early as 1970.The bird got into the wild some years later.

The public played a key role in the eradication of the parakeet by providing information which has helped the foundation in learning out the location of the invasive species.

“When we started receiving calls about the [‘last’] bird earlier this year, we were able to re-mobilise the eradication team and secure funding from the Environment Trust Fund to complete the eradication,” said Annabelle Constance, the Foundation’s project and science coordinator.

The Seychelles Islands Foundation relies heavily on tips from the public as large parts of Mahe have dense forests where few people live. Constance said that the last birds are the most elusive, and the biggest challenge at this stage is locating them.

Although the last known wild bird has been eliminated, the foundation said, “It is possible that there are more ring-necked parakeets remaining on Mahé.”

“We are extremely close to the completion of the eradication if there are any birds left on Mahé it is vital that we find them,” said Constance.

The Foundation advises the public to call their office on 2523623, relaying the location of the bird, what it was doing and, the time and date of the sighting. It is not recommended that they approach the birds or attempt to catch them.