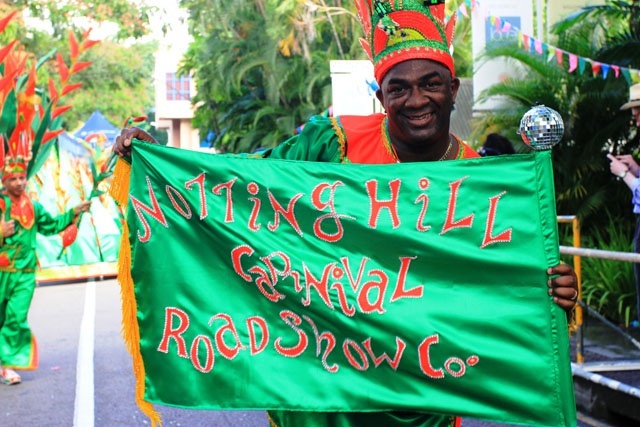 Popular groups like the Notting Hill Carnival of London will not be part of the 'Laserenad Enterasyonal Viktorya' which has incorporated the annual carnival. (Vanessa Lucas, Seychelles Tourism Board)

(Seychelles News Agency) - A colourful and traditional procession in the Seychelles’ capital called ‘Laserenad Enternasyonal Viktorya’ incorporating the annual Carnaval International de Victoria -- which used to be held in April -- will be part of the Creole festival in October.

A member of the organising committee, Galen Bresson, told reporters on Tuesday that “the traditional procession called ‘Laserenad enternasyonal viktorya’ will see a colourful parade in the heart of the capital city.”

Popular groups like the Notting Hill Carnival of London, groups from Cologne and Düsseldorf of Germany and the colourful dancers from Brazil which took part in the annual Carnival will not participate this year. However, Creole speaking countries from the region as well as South Africa, Israel, India and South Korea will have floats in the parade to be held on Saturday, October 28th.

Bresson said, “Mauritius including Rodrigues, Reunion -- a French department in the Indian Ocean, Madagascar, India, Israel, South Africa and South Africa will have displays in the parade alongside local groups.”

Mitcy Larue, the minister responsible for youth, sports, and culture who also chairs the committee, said that this year’s activities will be held under the theme ‘fyer mon lidantite’ (proud of my identity).

“We want the Creole festival to become the engine which guides and unify us as a nation – a nation who is proud of who we are,” said the minister.

Larue added that “the festival is not only a moment to celebrate but a time for reflection on our way of life.” The minister said that the Creole Festival also helps us “get recognition by the international Creole community as the pioneer of the Creole language, culture and tradition, but at the same time revive the Seychelles’ capital Victoria as the Creole capital of the world.”

“This is who we are as Creole, as Seychellois, a melting pot of cultures, so it is fitting that the carnival is held during the Creole festival, a time when we celebrate our identity, our rich, diverse culture,” said Bresson.

The programme for this year will take place during the month of October with the formal activities starting on October 20th. The much awaited annual festival is a celebration of the islanders’ Creole life through music, food, dance, theatre, fashion, literature and not forgetting traditional practices.

Children will also have the chance to participate in the event with their own kiddie carnival which will be held part of a family fun day at the children’s playground.

Bresson said, “We will have a Creole village at the car park of the International Conference Centre, and every day we will have animations in all corners of Victoria.

“We will have well-loved activities such as the bal asosye -- a traditional ball -- the kamtole dance competition, moman kreativite where students get to be creative through sketches, dance, songs among others and workshops on the importance and promotion of our Creole language -- our mother tongue -- by the International Creole Institute of Seychelles," he added.

The festival will feature a variety of free and paid activities to cater for Seychellois and visitors of all ages. The main sponsors of this year’s event are Air Seychelles, Seychelles Trading Company and Beachcomber Ste Anne Resort.