Seychelles' basketball teams to compete in tournament in Madagascar this weekend 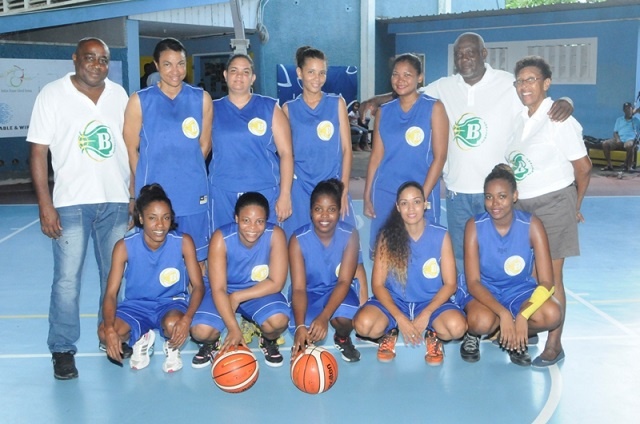 Women's team B Challenge, the league champion, is participating in the competition for the first time. (Seychelles Nation)

(Seychelles News Agency) - The Seychelles’ men and women basketball champions will be participating in the Indian Ocean Club championship taking place in Madagascar starting this weekend.

Beau Vallon Heat, the reigning men’s champion, and B Challenge, the women’s titleholder, leave Seychelles on Wednesday. Also participating in the event is another Seychellois men’s club -- Premium Cobras -- replacing PLS Hawks who could not make the trip.

The championship is scheduled for September 23 to October 1 and the coaches of the three teams from Seychelles, an archipelago in the western Indian Ocean, said they are ready for the competition.

Michel Malbrook of B Challenge said, “I don’t really know which teams we are going to face in the competition but we are going to give our best and we are aiming for at least one of the top three spots.”

Malbrook said this is the first time that B Challenge is participating in the competition but “we have players who have experienced this competition but for some this will be their first one. It will be an experience for the younger players.”

B Challenge coming from the central district of Bel Air, has been training intensively for the past two weeks for three times a week and will have the assistance of three additional players for the competition.

On the men’s side, the basketball champion Beau Vallon Heat is getting the assistance of Alix Allisop, the coach of the PLS Hawks, in the absence of Guy Hall.

Allisop said he watched the team in action on Saturday and has noticed a big improvement.

“I have only been with them for two training and in the next few days I am sure we will be ready for the competition,” said Allisop.

He added that the team is in high spirits and looking forward to the championship.

“We have a chance of winning the competition but my biggest worry is the venue. Madagascar is a place where it has been difficult for outsiders to win a competition,” said Allisop.

Seychelles' other men’s basketball team in the competition is Premium Cobras, under the guidance of coach Dominic Pillay, who said that training has focused on physical condition as he expects the matches to be very intense.

With players who are already experienced in playing at this level, the target of Cobras, a Mont Fleuri district based team, is getting to the semi-finals and hopefully progress from there.

The main concerns of all three coaches are they do not know who their opponents in the competition will be.

According to the Madagascar’s online news agency -- NewsMada -- Mayotte, Mauritius, the Comoros, Seychelles and team from the organising country will be participating in this year’s event.