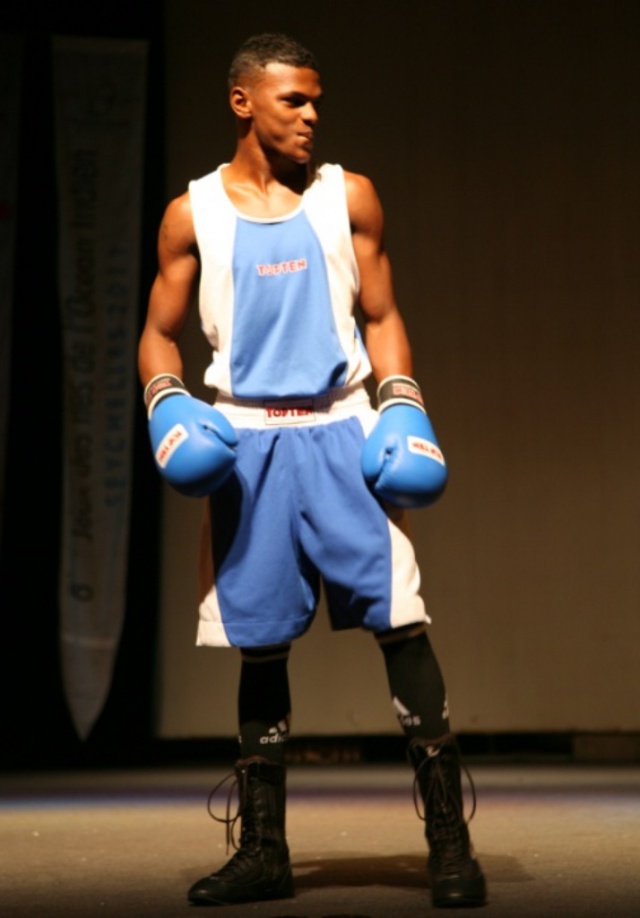 His last fight in the finals of his 60kg category last night, Allisop managed to beat his Namibian opponent, the final score reading 3-0 in Allisop’s favour winning him the gold medal.

Allisop won his first match, as well as the quarterfinal match on the same score 3-0, beating a boxer from Algeria in the first match and one from Cameroon in the quarter final.

His toughest fight was in the semifinal which he nevertheless won against a Moroccan fighter on the score 2-1.

“It’s been a while since a boxer has managed to win 4 consecutive fights like this…It shows that Andrique is at his best …hopefully he will remain in the same mode for the Commonwealth Games in Glasgow, Scotland in July,” said Rousseau.

Seychelles was being represented by 3 boxers at the competition in East London, South Africa.

Aside of Allisop, Keddy Agnes was fighting in the 91kg+ category and Jovet Jean in the 75 kg category and they were accompanied by Seychellois coach Rival Payet.

Agnes was able to reach the semifinal but did not make it through to the final.

Rousseau told SNA that Agnes managed to win a bronze medal for Seychelles despite losing in the semifinal.

As for Jovet Jean he started off well and was able to reach the semifinal in his 75kg category after beating a Mauritian boxer 3-0 in the quarterfinal.

But he could not proceed to fight in the semi-final due to suffering from some broken bones in his arm after his quarterfinal match which Rousseau fears might force him to pull out of the Commonwealth games.

The three Seychellois pugilists will be back in the country on Tuesday.