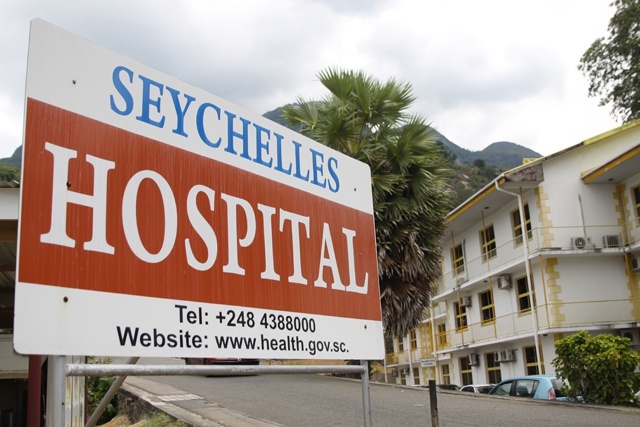 Gedeon said that those who must travel to Madagascar are advised to contact the Communicable Disease Control Unit (CDCU) at the Ministry of Health for more information. (Joe Laurence)

(Seychelles News Agency) - The Seychelles’ Ministry of Health on Wednesday advised all airlines and travel agents to discourage people from travelling to Madagascar due to a plague outbreak sweeping the country. Additional health measures at Seychelles' main airport have also been put in place.

The preventive steps come after a Seychellois basketball coach died from the disease late last month in a hospital in Antananarivo, the Malagasy capital. Alix Allisop was assisting the Seychelles men’s reigning champion Beau Vallon Heat in Madagascar during the Indian Ocean Club Championship. The government of Madagascar over the weekend confirmed that the death of Allisop was due to pneumonic plague.

Jude Gedeon, Seychelles' public health commissioner, said that officials have put in place walk-through and temperature scanners at the international airport to detect cases. A form is also being given to disembarked passengers to state if they have any symptoms similar to those brought on by the plague.

Gedeon said officials will also be working with experts on plague to identify early cases.

The other members of the Seychellois basketball delegation, who were in close contact with Allisop, have been under observation since they returned to the country, Gedeon said. They are now at the military academy at Perseverance, a reclaimed island on the outskirts of Victoria.

“They have all been receiving prophylactic antibiotics, but only one person was not feeling well and was admitted to the hospital under isolation,” said Gedeon.

The public health commissioner added that the person's vital signs are normal, but that officials are waiting for test results expected in a few days.

Gedeon said that those who must travel to Madagascar are advised to contact the Communicable Disease Control Unit (CDCU) a the Ministry of Health for more information.

He said that the Indian Ocean Tuna company, which employs many Malagasy workers in Seychelles, has agreed upon official request to postpone workers' leave, and those who are in Madagascar have been asked not to return until the outbreak is over.

According to the World Health Organisation (WHO) pneumonic plague or lung-based plague is the most virulent form and can trigger severe epidemics through person-to-person contact via droplets in the air. The incubation period can be as short as 24 hours.

The plague is an infectious disease caused by the bacteria Yersinia pestis, a zoonotic bacteria usually found in small mammals and their fleas. Humans can be contaminated by the bite of infected fleas, through direct contact with infected materials or by inhalation.

According to the Guardian news online, “the plague has claimed more than 20 lives in Madagascar and is swiftly spreading in cities across the country, the World Health Organisation has warned.”

“Public gatherings have now been banned in Madagascar’s capital, while critical medical supplies, including antibiotics and personal protective equipment, have been supplied by the WHO. At least 114 people have been infected since the outbreak was identified in late August," the paper said.