10 airlines connecting the world with Seychelles 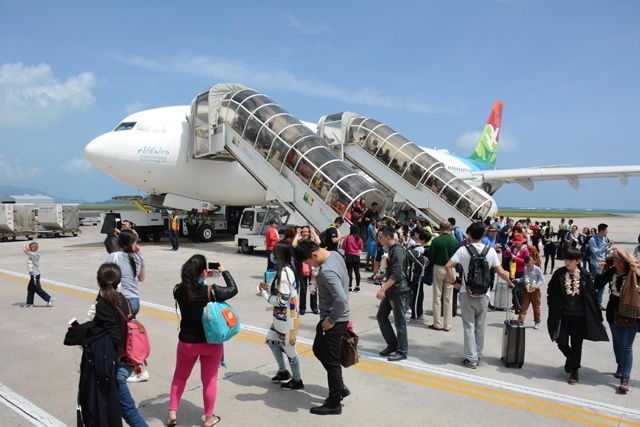 (Seychelles News Agency) - Seychelles, an island nation in the western Indian Ocean, relies heavily on the tourism industry to sustain its economy.

The good news for the archipelago’s economy and tourists looking for a beautiful beach getaway is that several airlines have increased their flight frequency to Seychelles over the last two years.

SNA looks at 10 airlines connecting Seychelles to the rest of the world.

SriLankan Airlines replaced Mihin Lanka, which had been flying the Seychelles-Colombo route from November 2013 to October 2016. It started four flights per week to the island nation in November 2016.

Ethiopian Airlines which had operated three weekly flights to Seychelles from Addis Ababa for just over a year, before withdrawing on March 1, 2014, for profitability reasons, resumed service to Seychelles at the end of September 2015. Ethiopian Airlines added two more weekly flights, making it five in total. The airline is expecting to add a sixth flight in December.

Emirates started operations to the Seychelles in 2005 and in June 2015 it increased its capacity to the Seychelles when it switched from the Airbus 330-200 used on one of the two daily services to a larger Boeing 777-300ER. The airline connects the Seychelles twice daily to Dubai and has 14 flights per week.

A leisure airline from Germany, Condor connects Seychelles to Frankfurt in Germany twice a week. Flights from Germany are on Tuesdays and Fridays and return from Seychelles on Wednesdays and Saturdays.

The airline has been operating flights to the Seychelles over the past 38 years. Kenya Airways currently operates four-weekly direct flights from Nairobi to Mahe on Tuesday, Thursday, Saturday and Sunday.

This airline connects Seychelles with Reunion, a French department in the Indian Ocean. Air Austral operates two flights per week -- Fridays and Sundays -- from Saint-Denis to Mahe Island. The route is serviced by a Boeing 737.

This airline began operations in November 2011 and operates a combination of two-class Airbus A330 and A320 aircraft on the route. Etihad links Abu Dhabi to Seychelles with seven flights per week.