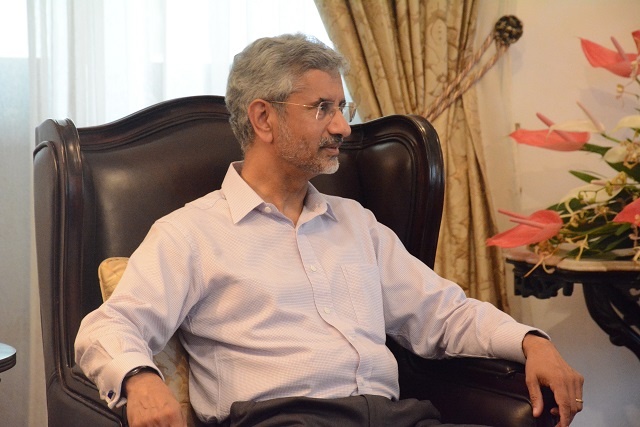 Indian Special Envoy, Subrahmanyam Jaishankar said the whole idea of his visit is to understand the current concerns and priorities of the Seychelles so that India can work abreast with that. (Jude Morel, Seychelles News Agency)

Seychelles and India are reviewing their relationship to see if there are more opportunities for cooperation.

An Indian Special Envoy, Subrahmanyam Jaishankar, who is also the Foreign Secretary for India, made the statement after his meeting with Seychelles’ President Danny Faure at State House on Monday.

“The whole idea of my visit is to understand the current concerns and priorities of the Seychelles so that India can work abreast with that,” said Jaishankar.

During their discussion, President Faure told the Indian Special Envoy that: “We are proud to have India as a partner in realising our development aspirations. We sincerely hope that your visit will reinforce the excellent bond of friendship that exists between our two countries.”

Among the subjects discussed was the agreement signed between India and Seychelles to build military infrastructures on the remote island of Assumption. The agreement was signed during the official visit of the Indian Prime Minister Narendra Modi to Seychelles in March 2015.

Jaishankar said, “I know there is a lot going on around this subject, but we should avoid over exaggeration at any cause. In fact, this was not the only thing we discussed as we touched on all aspects of our relationship in general.”

In his last press conference in August, the head of state, Danny Faure had said, “We would like to relook at the agreement which does not have a legal statute on the Seychelles side. But for India, it has a legal statute. We have to go back to the drawing board.”

Faure had said that the agreement will enable the Indian government to help Seychelles through the Seychelles People’s Defence Forces (SPDF) to build military infrastructures on Assumption. The infrastructure is to include quarters for the Seychelles Coast Guard personnel and fixing up of the jetty and existing airstrip for the SPDF, mainly the coast guard.

The two countries have an established relationship in the field of defence and maritime security through which India helped to patrol the Seychelles’ waters and gifting equipment to the island nation’s defence forces.

Jaishanka said, “We had for a long time had a very close partnership with Seychelles on defence security matters. We share an ocean and we share the responsibility to ensure that it remains peaceful.”

The Indian Special Envoy also expressed his determination to work towards a more strategic, comprehensive and ambitious partnership between the two countries, an engagement required to keep maritime routes between India and Seychelles.

India and Seychelles, a group of 115 islands in the western Indian Ocean have enjoyed a long and lasting friendship since the establishment of diplomatic relations between the two countries in 1976.