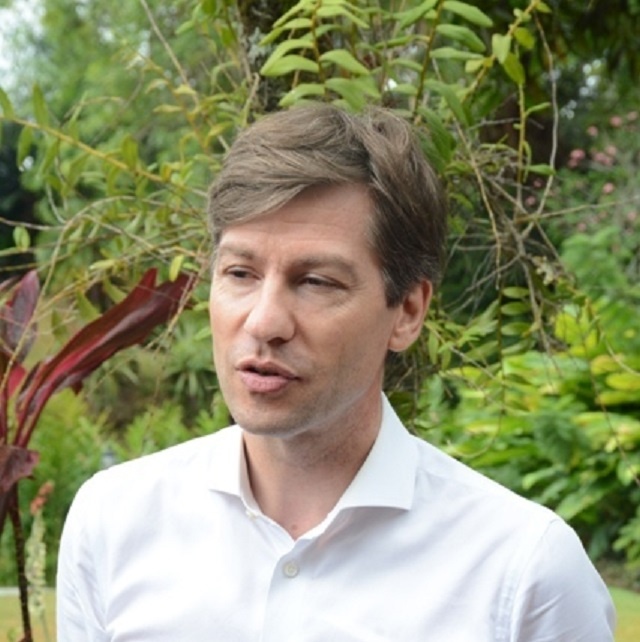 Nicolas Nihon, the Belgium ambassador to Seychelles, presented his credentials to the President on Tuesday.(Thomas Meriton, Seychelles Nation)

(Seychelles News Agency) - Belgium hopes to assist Seychelles in training and capacity building so that the island nation’s military can be better prepared for natural catastrophes, said the newly accredited ambassador.

Nicolas Nihon, the Belgium ambassador to Seychelles, presented his credentials to the President of Seychelles Danny Faure at the State House on Tuesday.

Nihon said that the Seychelles’ head of state has particular interest in civil protection and has invited his country to help the Seychelles army to assume a more active role in times of natural disasters.

“In times of such incidences of natural catastrophes, it is the army which gets mobilised. In Belgium, we do have these groups and there is the possibility of collaboration,” said Nihon.

He added that the President also highlighted the role which Belgium played in the debt restructuring of Seychelles with the Paris club.

The new Belgian ambassador said the relationship between Belgium and Seychelles, a group of 115 islands in the western Indian Ocean, can be considered as diversified and cordial, with cooperation in areas such as trade and tourism.

“Bliss Hotel, La Plage restaurant, money changers are some businesses led by Belgian nationals. These businesses are doing well and contributing to the economic growth of Seychelles,” said Nihon.

Seychelles has a strong legal framework for investment and Nihon said that trade and investment is already an area where the two countries are already collaborating.

Seychelles and Belgium also have agreements in double taxation and air travel.

Ambassador Nihon, who succeeds Ambassador Roxane de Bilderling, will be based in Nairobi, Kenya.

Also accredited on Tuesday was the new High Commissioner of Fiji to Seychelles, Mosese Tikoitoga.

After presenting his credentials to President Faure, the new High Commissioner said that Seychelles is a small but developed economy, much more developed than some other small islands developing states.

Tikoitoga added that Seychelles also has a developed tourism sector, not only tourism but niche tourism as well and that his country “wants to learn from Seychelles on how to use tourism to boost our economy as has been the case here.”

The High Commissioner said that the two islands states have a lot of similarities and face the same challenges in terms of dealing with climate change.

Another subject he discussed with Faure was to exploit untapped ocean resources.

“We are small islands with big oceans. Our oceans have never been fully explored; some richer countries have gone for ocean minerals and deep oil resources. I am sure we do have these resources within our exclusive economic zones,” said Tikoitoga.

He added that: “There is also the fishing industry that we could work to improve on. Unfortunately, we do not have enough resources to properly exploit these just yet. But the protection of these resources is a need for our future generation.”

High Commissioner Tikoitoga who is the second representative of Fiji to Seychelles, will be based in Addis Ababa, Ethiopia.