In need of hotel rooms, Seychelles' gov't tells developers to begin projects or lose them 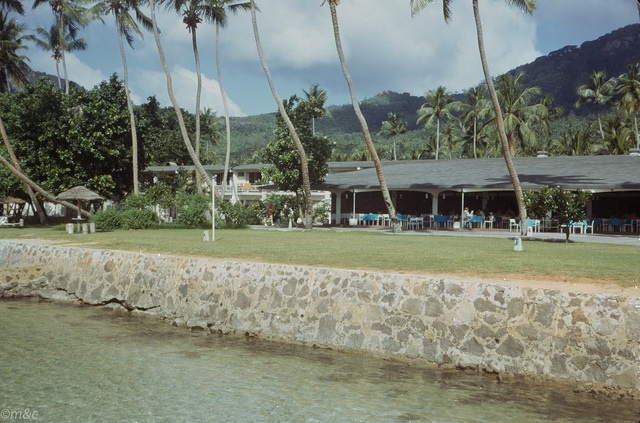 Reef hotel is among the old and abandoned hotels that are also to be reallocated. (cloud-cuckoo-land, Flikr)

(Seychelles News Agency) - Eight out of 18 tourism projects excluded from a moratorium on large hotels in Seychelles could be reallocated if the project backers don't begin construction within a year, said a top official of the ministry of tourism.

Maurice Loustau-Lalanne, the Minister of Tourism, Civil Aviation, Port and Marine, said the decision was taken because promoters of the eight projects have taken too long to develop them.

“We are targeting those investors who have obtained approval more than five years ago and still have not done anything. Some have even had up to 10 years,” the minister said.

Loustau-Lalanne said that the tourism department is going to write to the respective investors and give them one year to decide if they want to go ahead with their project.

“We think that they will not be able to do anything within the course of one year. Therefore, we will be able to take back 1,300 rooms for redistribution,”
Loustau-Lalanne said.

The moratorium on large hotel projects except those already approved by the government was announced by the Seychelles’ former president, James Michel, during the Independence Day celebrations on June 29, 2015.

The moratorium was prolonged to the end of 2020 by the Seychelles’ President Danny Faure in his State of the Nation address in February.

Large hotels are defined as those having 25 rooms or more. The moratorium does not include small establishments of 15 rooms or less which are reserved for Seychellois.

Old and abandoned hotels are also to be reallocated and they account for more than 700 which are counted as part of the approximate 5300 existing hotel room quota. These include Reef Hotel and Equator Hotel.

According to statistics from the Tourism Ministry, there are 541 tourism establishments in operation that have 5,849 rooms.

The tourism minister said that when the department did its research, the feedback from tour operators was that there is not enough room to accommodate visitors.

“As Seychelles is experiencing an economic growth in the tourism sector, it is unacceptable to note that there are not enough rooms. This why we also need to redistribute these projects to investors that are ready to develop,” said Loustau-Lalanne.

The Criteria for reallocation will be drawn up on a case-by-case basis and once approved these projects will be subjected to environmental impact assessments and the requirements of regulatory bodies such as the Seychelles Planning Authority.

With the addition of the new hotels excluded from the moratorium, an additional 4,000 rooms will be available in the island nation to accommodate visitors.

Commenting on the Grand Police Bay hotel, which has now been declared a protected area by the Cabinet of Ministers, in June, Loustau-Lalanne, said that their number of rooms have been taken back as well and discussion is ongoing with the developers.

Tourism remains the top contributor to the economy of Seychelles, a group of 115 islands in the western Indian Ocean. In the figures released by the National Bureau of Statistics (NBS) in January, over 304,000 visitors came to Seychelles last year, compared with 275,000 in 2015.