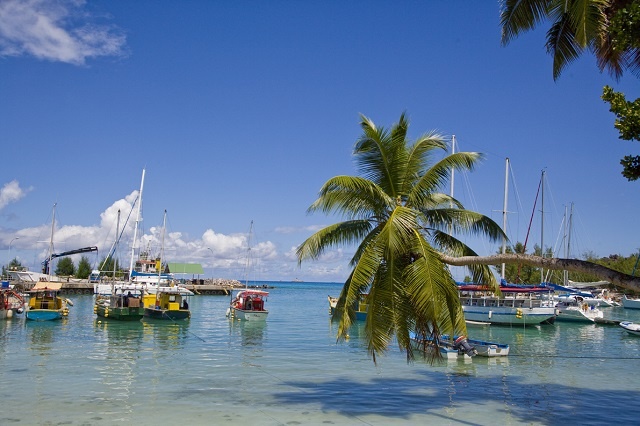 The launching of the 'blue grant' is a call for individuals who are interested in the Blue Economy, fishing and environment to send their proposals. (Gerard Larose)

(Seychelles News Agency) - A sum of $260,000 will be disbursed to support Seychellois fishermen with projects that encourage sustainable fisheries and management of marine areas.

The fund, which was officially launched on Thursday, is called a ‘Blue Grant’ and is an initiative of the Seychelles Conservation and Climate Adaptation Trust (SeyCCAT).

The Minister of Environment, Energy and Climate Change, Didier Dogley, said that the launching is a call for individuals who are interested in the Blue Economy, fishing and environment to send their proposals.

“The first part of the money will be dispersed to individuals with projects relating to fishing,” said Dogley.

Any locally registered organisation, government agency or citizen of Seychelles that have legally existed and operated in the island nation for a year or more may submit a proposal to the Conservation and Climate Adaptation Trust.

The deadline for submission of concept notes is November 17. More details are available on the website www.seyccat.org and interested applicant can also call SeyCCAT on 432 5806.

Blue Grant is a financial instrument whereby money is raised through the private sector to fund countries with activities aiming toward sustainable development.

The chief executive the Adaptation Trust, Martin Callow, said, “Over the past 6 months we have been putting in place the operational systems to ensure we are ready to disperse funds from the worlds’ first marine debt for nature swap.”

Callow said that part of their duty is not only to provide funds but also work “to grow our asset base so that SeyCCAT can expand its support for projects that align with our objectives.”

Over the past three years, the Adaptation Trust has also been working with other local partners to learn more about their interests as they relate to marine spatial planning said Callow. “We are now at a point where SeyCCAT’s assets can start to support that planning process.”

A marine spatial planning exercise has already been launched to protect the Seychelles’ Exclusive Economic Zone to 30 percent and a fisheries management plan for the Mahe Plateau to progressively move from an open-access fishery to a more controlled fishery.

The project manager for the plan, Helena Sims, said that “the emergence of SeyCCAT in Seychelles heralds a very exciting time for marine resource management.”

“For the first time in the world, with the support of The Nature Conservancy, financial assets are being made available to an MSP process before it has been officially completed,” said Sims.

A local fisherman, Florant Tirant, said that the fund will help many people set up their project, but they need to be educated on what type of project they can come up with.

He is planning a coral restoration project that will engage visitors to Seychelles, an archipelago in the western Indian Ocean.

SeyCCAT is a conservation and climate adaptation trust fund set up by the government after finalizing the arrangement to buy back $21.4 million of its Paris Club debt. The buyback initiative was successfully concluded thanks to a concessionary loan from The Nature Conservancy (TNC) and generous grants from a group of international marine conservation foundations.