Seychellois group Dezil back on the music scene with new album 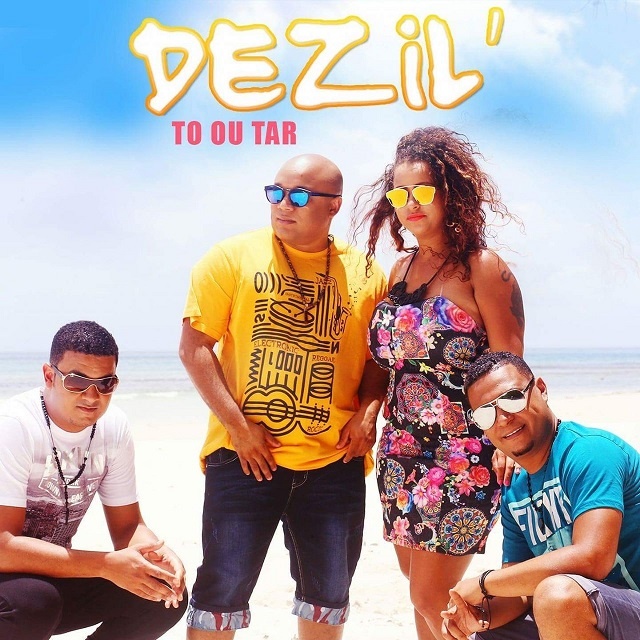 (Seychelles News Agency) - The Seychellois group Dezil has regrouped and launched an album after an 11-year absence from the island nation music scene as the group waited out a record contract it didn't like.

Dezil had stopped performing as a group after disagreements with their record label with whom they had produced an album and a single. Although the group was not active, members have all been busy building their careers as solo artists.

Martin Lebon, speaking on behalf of the group, said that their new album that was launched in early October reflects their true style and maturity after more than a decade of solo work.

“It took us all these years to produce not because the group had parted ways or we had gone solo but because of the contract we signed with the French producer, any production we would be making during that ten years would have been the property of Sony.”

Lebon said that waiting for the time to elapse “we started doing individual productions but we never stopped working together in the studio.”

It was in 2005 that the group, comprising of Lebon, Micheal Savy, Sandra Esparon and Juan Romain, barely out of their teens, was approached by a French producer. This was after their single ‘San Ou‘, or ‘Without You’- a hit on the islands, reached the French market. They then signed an international contract with Sony.

Their new album, ‘to ou tar’ ‘sooner or later’, features 12 tracks - a fusion of reggae, reggaeton, sega, dancehall to satisfy all their fans of all ages. Lebon said it took them a while to find something that truly described the group as they were on a quest to find their identity.

“Actually this album is totally different from our first album because the first album was not our style. For example, the majority of songs were written by composers from the Caribbean and it was then given to us to sing. This one is purely songs we wanted to write and it is our style,” adds Lebon, who confirmed the single ‘San Ou’ was the last authentic ‘Dezil’ song released.

The new album is on sale in local stores, as well as online music stores such as iTunes, Google play, Amazon, and on their own website: www.mydezilofficial.com.

“We feel a sense of accomplishment, we are happy that after 11 years we finally can release a quality work such as this one,” said Lebon. ‘We experimented, we got to know ourselves, our strength and weaknesses allowing us to develop our talents.”

Lebon said that their exposure on the French music scene was a mind opener in regards to the common belief locally that Seychellois music cannot penetrate the international music industry.

“We know now that this is a false concept. Our main challenge now is how to reconnect with our foreign fans on our own without a foreign manager.”

For now ‘Dezil’ is focussing on re-establishing itself on the local scene as well as in neighbouring countries in the Indian Ocean, namely in Mauritius including Rodrigues, Reunion and Madagascar. The group will be working on a promotional plan as well as developing music videos.

Members of Dezil are related to well know musicians of the Seychelles, an archipelago in the western Indian Ocean. Lebon is the nephew of the late Raymond Lebon, while Esparon and Savy’s fathers are very active in the local music industry. Three members are artists on a full-time basis with the fourth member Romain, pursuing a career as a pilot.