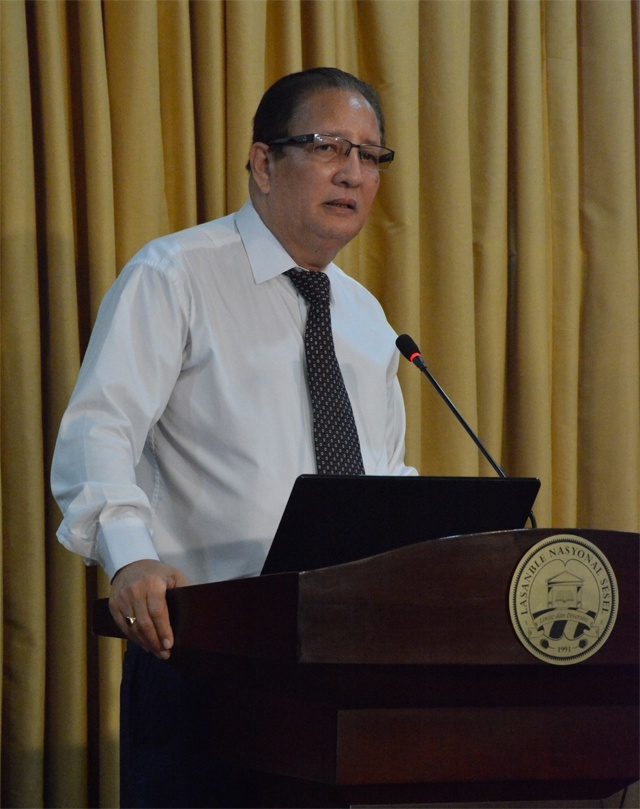 (Seychelles News Agency) - The third and final phase of Seychelles' new progressive income tax will be implemented on July 1, 2018, the Seychelles’ Minister of Finance said on Tuesday during his presentation of the 2018 budget to the National Assembly.

40 percent of the total budget for 2018 is for the Education, Health, Family Affairs and Social sectors. Larose said it shows the importance that the government places in these sectors in line with the public expectations for more cost-effective spending and efficiency.

Larose said that there has been a lot of debate on the proposed progressive income tax but he is confident that “the new proposal will be simple and fair to all taxpayers.”

The first phase started in July last year where Seychellois earning up to $606 are not paying income tax. In the second phase which started in January, no income tax is deducted on the first $606 of a person’s salary.

The finance minister said no funding will be allocated to the Seychelles Public Transport Corporation (SPTC) next year, thus “SPTC must become a self-financed entity. In this regard, SPTC’s bus fare will increase by SCR 2 ($0.14) and the new fare will cost SCR 7 ($0.51).”

Larose said that the increase in bus fare should not be interpreted as a burden on commuters but a means to recover the heavy capital investments in a fleet of new buses. “However, Government will still subsidise the travel for the pensioners, persons receiving disability benefits and school children,” he added.

In looking at the reducing the cost of living, Larose said that consultations were made with the banking, insurance, and telecommunications sectors, car hire, car dealers, taxi operators, pick-up, plant and truck operators to reduce their charges.

Last year, Larose called on commercial banks to reduce their lending rates and charges, while increasing their savings rates. “I am pleased to announce that the banks have responded positively, albeit, not to our full expectations. This is a starting point.”

The budget also makes provision for facilities such as a DNA laboratory for the police department which will be partly funded by the government of India.

Energy efficiency is also a focus of the 2018 budget and Larose said, “It is important to highlight that Government has been promoting the Seychelles Energy Efficiency and Renewable Energy Programme.”

Starting in 2018, the government will make it mandatory for five categories of electrical appliances to meet minimum efficiency standards. These are bulbs, fridges and refrigerators, air conditioners, electric water heaters and washing machines.

Speaking on the investment climate, Larose said the government believes in a strong partnership with the business community.

The minister of finance said that the Central Bank of Seychelles is working closely to review charges that commercial banks are putting on their services.

Reactions to the budget will start on Tuesday, November 7 with the two leaders in the National Assembly, Leader of the Opposition Wavel Ramkalawan and Leader of Government Business Charles De Commarmond.