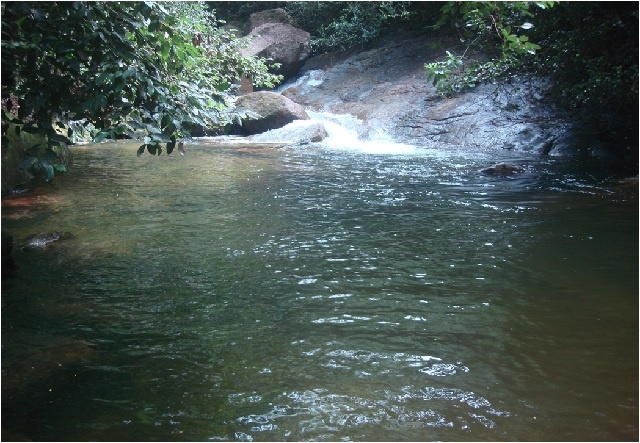 (Seychelles News Agency) - The construction of new dams and increased exploitation of groundwater are priority projects to sustain potable water in the Seychelles.

The Public Utilities Corporation said they are exploring the possibilities of constructing new dams in addition to the island nation’s two existing ones.

Speaking to SNA last week, Chief Executive Philippe Morin also said that three sites on Mahe – the main island - and one on La Digue – the third most populated island - have been identified as having the potential for the extraction of groundwater.

The first dam will be constructed at Grand Anse, a district in the west of Mahe. The site - as a potential location for a dam - has been under discussion for a number of years.

“We are doing a feasibility study and more importantly we want a design for the site. We have done studies in the past. But with this new one, we want a design which will give us much more details.”

“A design, which will come after much investigation, will finally tell us what will be the shape of the dam. What will be its estimated capacity, and how much it will cost to build it?” said Morin.

“PUC is estimating that the dam will be an arch shape made of concrete. We estimate it will be around 40 metres high with a capacity of one million cubic metres. This is the same capacity as the La Gogue dam.”

This will yield approximately 12,000 cubic metres of water per day, which Morin says will cover the western region. The same water can be pumped and distributed to Takamaka in the south and as far down to Pointe Larue on the east coast.

Morin adds that “currently we are looking at consultants with the ability to deliver the design. We hope that this process will take approximately one year.”

After which the corporation will be in a better position to approach loan agencies for the actual construction of the dam. The African Development Bank has already given a grant of $1 million for the study and design.

Morin said that with the support of the government they will approach different agencies such as European Investment bank, Agence France de Development, Saudi Fund, Abu Dhabi fund for development for the funds necessary for the implementation of the project.

The corporation has announced that it is also exploring the possibility of constructing the first dam on Praslin – the second most populated island of the Seychelles – an archipelago in the western Indian Ocean.

“This is at La Plaine Hollandaise where consultants have identified as having the potential for a dam. Again this is only preliminary findings, but the area is rich in terms of freshwater sources”.

Morin said that they are looking at the possibility of getting designs for the dam, which he said can have the same capacity as Rochon dam, which is 50 thousand cubic metres.

The corporation had also enlisted the assistance of Swedish specialists to explore the possibility of extracting groundwater. Le Niole, Takamaka and Anse Boileau and La Digue are sites with positive results.

The Public Utilities Corporation – the island nation’s only utilities' company – is also looking at installing a small hydro generator of 100 kilowatts at Grand Anse Mahe, once the dam and its treatment plant are constructed. This is expected to supply around 200 homes with electricity on average per year.

La Gogue dam work to be completed in November, operational by first quarter 2023