5 wild and exotic groups of coralline islands in Seychelles 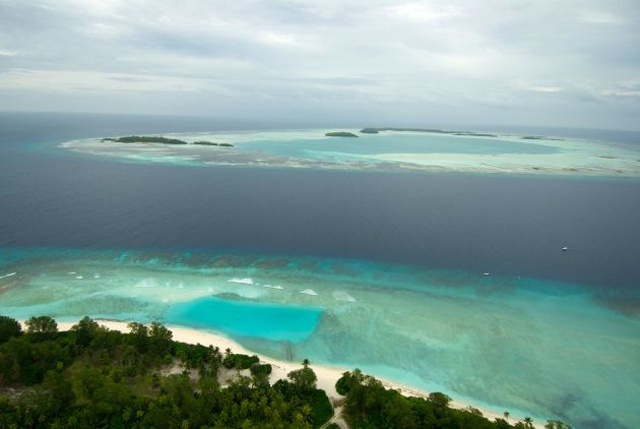 (Seychelles News Agency) - The Seychelles archipelago is made up of two type of islands – granitic and coralline.  As the name indicates, the coralline islands known as outer islands are made of coral and are generally low-lying.

The outer islands cover around 216 square kilometres and make up 46 percent of the total land area of the Seychelles. But they hold less than 1% of the population of the country. They are located between 230–1,150 kilometres from the main island of Mahe.

SNA looks at the 5 groups of coralline islands.

Platte is located 171 km south-east of Mahe, the main island, and is low and flat, hence its name, with an encircling reef containing a lagoon. Construction of a luxury hotel with 50 to 60 rooms is expected to start on the island next year.

Coetivy, situated some 290 kilometres south of the main Mahe, was previously used for prawn farming. The island now has a voluntary rehabilitation programme for drug addicts.

An island resort on Desroches is expected to re-open next year under the brand Four Seasons Resorts Seychelles.

The other islands are more popular for fishing expeditions and a new lodge which caters for divers and fishermen has been set up on Remire. While D'Arros and St. Joseph were officially made nature reserves recently.

On Marie-Louise, a prison opened in 2012 to house convicted drug traffickers was closed in October. The facilities will be used by the Seychelles People’s Defence Forces for the training of recruits.

Located 400 kilometres southwest of Mahe, the group includes Alphonse, St. Francois and Bijoutier. The group is considered one of the most pristine, an untouched Eden of the world. On the Alphonse atoll is a honeymoon destination guaranteed to fulfil fantasies of a private romantic sanctuary in an isolated destination.

St. François atoll offers what is widely considered to be the best bone-fishing in the world. It can be reached by boat from Alphonse.

Lying around 1000 kilometres from the main island, Mahe, the group comprises of four islands – Aldabra, Assumption, Cosmoledo and Astove.

Aldabra – the world’s second largest atoll - is one of Seychelles’ UNESCO World Heritage sites. The atoll is a refuge for over 400 endemic species and subspecies which are found nowhere else on earth.

Assumption has a Coast Guard base with the presence of the Indian Navy. Through an agreement between Seychelles and India, military infrastructures are expected to be built on the island.

Cosmoledo is home to a rich variety of fauna and flora, which were recently the subject of a study by the Island Conservation Society.  Cosmoledo is an important nesting site for three species of boobies – including the brown booby and red-footed booby colony which is the largest of the Indian Ocean with 15,000 pairs.

Astove was declared a nature reserve in 2014 and the island is uninhabited. Its shallow lagoon has one small entrance leading to the ocean that is surrounded by sheer drop-offs teeming with fish. It is popular for blue water fly fishing.

The group is made up of Farquhar, Providence and St. Pierre.

Farquhar is considered as a very important bird area with a lot of nesting seabird species. The atoll was the hardest-hit of a group of southerly outer islands by tropical cyclone Fantala in mid-April. Reconstruction of new buildings started in October last year.

Providence has remained largely untouched as it is deemed inhospitable, with fewer than a thousand people having visited this tropical wilderness in the last century.  The atoll is seen as one of Seychelles most exciting and diverse fly fishing destination.

St. Pierre is uninhabited and difficult to access by sea except in calm weather.