2nd community with yacht marina to be built in Seychelles 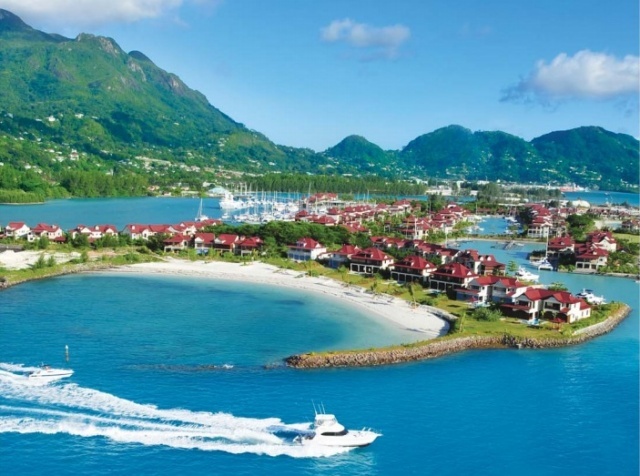 Eden Island was the first marina built on a reclaimed land on the eastern coast of Mahe. (Eden Island Development Company)

(Seychelles News Agency) - A second waterside community boasting a superyacht marina to provide more recreational facilities will be built starting next year on the reclaimed island of Ile Aurore, a top official said.

The waterside community will include a hotel, schools, a waterfront beach, around 15,000 homes, a community hub and a network of green spaces. The island already has a golf course.

Seychelles, an archipelago in the western Indian Ocean, relies largely on tourism, and the chief executive of the Seychelles Planning Authority, Joseph Francois, said that the waterside community will provide additional entertainment for holidaymakers.

“Despite being a boat activities’ community, the area will contain places to dine and shop,” said Francois. He added that the facilities will also cater for locals who are developing a growing interest in marine related activities.

Aside from recreational activities and building infrastructures, the development of Ile Aurore will include retaining the existing coral reef. Artificial reefs will also be added to provide additional resilience and improved ecological value.

The marina is part of the development activities outlined for the island, located off the northeastern coast of Mahe, the main island.

The marina will be the second after Eden Island, which is also a reclaimed land on the eastern coast of Mahe, the main island. It was built to accommodate high-priced privately-owned yachts and businesses involved in boat chartering.

The chief executive said that in addition to the superyacht marina on Ile Aurore, there are plans to build another in the Victoria waterfront project.