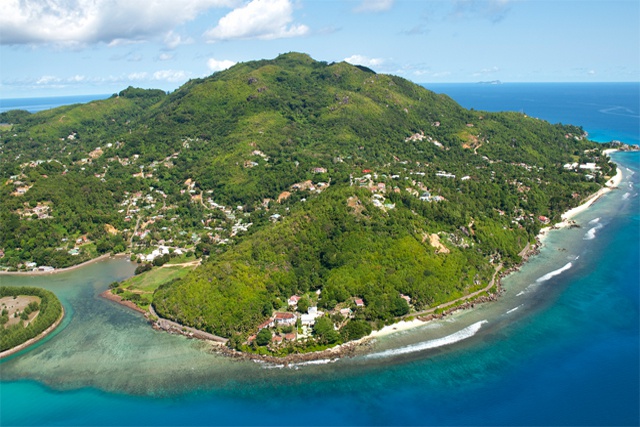 The Seychelles’ main island of Mahé, the archipelago of 115 islands share the same vulnerabilities as other SIDS including effects of climate change, rising debt levels, limited resources, overfishing amongst others (Gerard Larose, STB)

(Seychelles News Agency) - Economic and social growth in small island developing states (SIDS) is a tricky business. Rising poverty levels, effects of climate change, rising debt levels, limited resources, overfishing and threats to food security are just some of the problems holding small island states back, and now Seychelles and Mauritius have pointed out another problem holding back development: a lack of international support for local SIDS-based research and innovation.

Mauritius and Seychelles are often seen as success stories among other island nations due to their high levels of human development and GDP-per-capita.

Seychelles, plunged into default during the 2008 global economic crisis, is now seen as a model of positive economic reform after an IMF-assisted economic reform programme began five years ago and looks likely to be ranked by the World Bank as a high income country. Seychelles is also ranked first in Africa on the UNDP’s Human Development Index.

Giving islanders the tools and support to find their own solutions for their own unique problems would be one of the best ways to help SIDS become more self-sufficient and sustainable, but according to Seychelles’ Minister of Environment and Energy, RolphPayet, progress is being hampered by a lack of international support for SIDS-based research that will help to shape vital policies on issues such as adapting to climate change.

Speaking to SciDev.net, Payet said that research opportunities at the University of Seychelles, the archipelago’s first and only university, of which he is also the pro-chancellor, have been severely hampered by a lack of funding and international collaboration.

“When it comes to climate change, we need good science and today all the good science is done in developed countries,” he said. “Strengthening tertiary education and research capacity for universities in SIDS should be a big priority for the next conference because of the implications for better decision-making, planning and investments, which will be critical for the future.”

This lack of funding and support for research has led to what Mauritius’ foreign minister, Arvin Boolell, has termed a “technology vacuum”, adding that current innovations in sustainable energy and waste management were unsuitable for small-scale island operations.

At the moment, he says, SIDS “have to figure out how to adapt technologies incubated in centres of innovation in the developed world rather than having support to develop their own innovations, which would be better suited to their development needs to begin with.”

Payet thinks it is the oceans that hold the key to securing the future of small island nations. He is working with international counterparts to define a Sustainable Development Goal for the world’s oceans.

The Mauritian minister agrees wholeheartedly with the Seychelles’ viewpoint, saying that the oceans, which were the key to food, energy and water security as well as fuel innovation, would be the “next frontier” for the development of SIDS.

Both governments intend to raise the research support issue at the upcoming UN summit in Apia, Samoa: the Third International Conference on Small Island Developing States.

2014 being themed the International Year of Small Island Developing States by the UN, small island nations around the world will be coming together to call for greater global awareness on their unique vulnerabilities as preparations intensify for the Samoa conference, which is scheduled for the first week of September.

Seychelles recently chaired a high-level meeting on SIDS in Washington, D.C., in preparation for the conference, where the Indian Ocean archipelago’s Minister for Finance, Trade and Investment, Pierre Laporte, led discussions on SIDS at a one-day gathering organized by the World Bank and the United Nations.

The UN has said it expects more than 200 partnerships to be announced at the Samoa conference “for lifting islanders out of poverty and braving challenges such as rising sea levels, overfishing, typhoons and tsunamis.”

Aside from partnerships, the conference outcome document, which representatives are meeting this week in New York to finalize, is expected to outline the main challenges and priorities for small island developing states.

But the same lack of SIDS-related research raised by the Seychelles and Mauritian minister are the cause of criticism towards the current draft of the outcome document, with experts raising concerns that the document lacks references to scientific studies.

The conference is due to take place during the same month that the UN General Assembly will deliberate on the sustainable development agenda beyond 2015 as the period for the Millennium Development Goals come to an end.

The UN’s Secretary-General, Ban Ki-Moon, will also be hosting a climate summit in somewhat ambitious hopes that a binding global legal agreement on climate change will be agreed by member states next year.