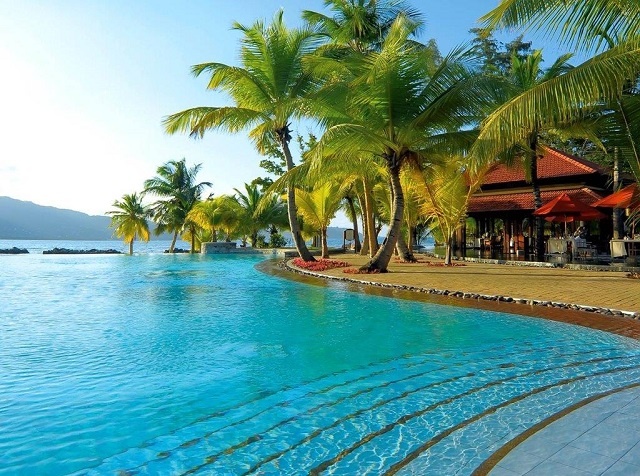 The communiqué also divulged the new redevelopment plans for the resort totalling$82.4million. The project – to refurbish and extend the resort as per Med Club’s 5-star standards and requirements - will start during the second quarter of next year and will finish at the end of 2019.

Opened in 2001, Beachcomber Seychelles Sainte Anne Resort & Spa is 10 minutes away from the main island of Mahe. The resort has 87 private villas, set on a 220-hectare private island, surrounded by one of the Seychelles’ marine parks. Closed since September, the resort will reopen its doors with 295 rooms and with job opportunities for 500 people.

Jean Louis Pismont, the New Mauritius Hotels group operations manager, said, “this new initiative of our group is yet another testimony of our continued and flawless belief in the Seychelles tourism industry.”

“We are proud to be linked with the arrival of the first major French hotel group to Seychelles. Club Med is a reputable and worldwide hotel brand which will definitely contribute to increasing visibility of Seychelles,” adds Pismont.

Club Méditerranée SA, commonly known as Club Med, is a French public limited company specialising in the sale of all-in holidays at a number of "vacation villages" which it owns and operates in a number of usually exotic locations around the world.

The representative of the New Mauritius Hotels group adds that “we are so happy that this project will more than double the job offers with an increasing number of Seychellois workers having the opportunity to work and progress within the international framework of Club Med.”

Maurice Loustau-Lalanne, the Seychelles’ Minister for Tourism, said that this is good news for the local tourism industry which is the top contributor to the island nation’s economy.

“This is not only a complete refurbishment of the Beachcomber Seychelles Sainte Anne Resort & Spa but also a substantial upgrade of the hotel to a five star,” said Loustau-Lalanne. The upgrade will also bring “an increase of 208 new rooms and provide employment to some 500 staff,” the minister added.

According to the press release, the agreement signed is for the redevelopment and subsequent rental of Ste Anne Resort in Seychelles -- a group of 115 islands -- in the western Indian Ocean.

The New Mauritius Hotels owns 100 percent of the shares of Ste Anne Resort Ltd. Once redeveloped, the resort will be rented to Club Med for an initial term of 12 years.